Water, Water On the Moon 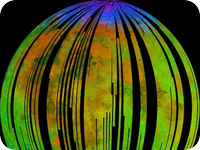 Instruments aboard three separate spacecraft have revealed water molecules and a substance called hydroxyl, a molecule consisting of one oxygen atom and one hydrogen atom, in the polar regions of the moon. The amount – perhaps the equivalent of 32 ounces of water per ton of soil – is small, but greater than predicted. The water molecules and hydroxyl were found at diverse areas of the sunlit region of the moon’s surface, but appeared greater at the moon’s higher latitudes.

NASA’s Moon Mineralogy Mapper (M3) aboard the Indian Space Research Organization’s Chandrayaan-1 spacecraft reported the observations, which were confirmed by data from the Visual and Infrared Mapping Spectrometer (VIMS) on NASA’s Cassini spacecraft, and the High-Resolution Infrared Imaging Spectrometer on NASA’s EPOXI spacecraft. The findings were published in the Sept. 17 edition of the journal Science.

M3’s imaging spectrometers mapped the lunar water by measuring light reflecting off the moon’s surface at infrared wavelengths, splitting the spectral colors of the lunar surface into small enough bits to reveal a new level of detail in surface composition. The wavelengths of light being absorbed were consistent with the absorption patterns for water molecules and hydroxyl.

Samples of lunar soil brought back from Apollo missions about four decades ago showed signs of water, but most scientists thought that water seeped into the samples from humid Houston air before the rocks were analyzed.