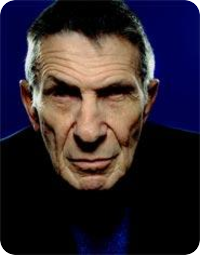 To the delight of generations of Star Trek fans, the Space Foundation has chosen Leonard Nimoy to inspire the audience at the 2010 Space Technology Hall of Fame Dinner April 15. The dinner is the capstone event of the 26th National Space Symposium, which runs April12-15 at The Broadmoor Hotel in Colorado Springs, Colo.

“Leonard Nimoy has inspired people around the world to explore the wonders of science, space, and technology through his television and motion picture portrayals of Star Trek’s Mr. Spock and through his career as an actor, author, director and an advocate,” said Space Foundation CEO Elliot Pulham. “That spirit of exploration and discovery is echoed in the Space Technology Hall of Fame, which annually recognizes technologies from space that now improve life here on Earth.

“You might say that we both share the same goal,” Pulham continued. “To live long and prosper.”

Nimoy has enjoyed a long acting and directing career since gaining worldwide fame during Star Trek’s run during the 1960s. From the original series, through the original motion pictures, to the 2009 blockbuster film Star Trek, he has brought dignity and intelligence to one of the most revered characters in science fiction. He is also an accomplished writer, photographer, speaker, and voice actor, and is active in the Jewish community.

Since 1988, the Space Technology Hall of Fame, in cooperation with NASA, has honored those who transform technology originally developed for space exploration into products and services that help improve the quality of life here on Earth. Dozens of technologies and hundreds of individuals and organizations have since been recognized. Visit www.SpaceTechHallofFame.org for more detail.

The Symposium offers presentations, panels, forums, and workshops covering all aspects of space, plus a number of special dinners and luncheons, and presentation of several prestigious space-related awards, including the General James E. Hill Lifetime Space Achievement Award, the Douglas S. Morrow Public Outreach Award, the Alan Shepard Technology in Education Award, the Space Achievement Award, and the John L. “Jack” Swigert, Jr., Award for Space Exploration. The Symposium concludes with the Space Technology Hall of Fame Dinner – now in its 23rd year. Hall of Fame inductees will be announced soon.

The National Space Symposium’s top allure to attendees, exhibitors, sponsors, and speakers – of which there were nearly 8,000 in 2009 – is as a venue for networking and conducting meaningful business. Said Pulham, “The Space Foundation offers each potential registrant the extraordinary opportunity to ‘Attend and Prosper.’”