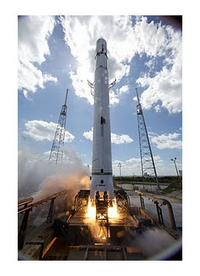 The 26th National Space Symposium will explore perspectives and stimulate discussion on how the combination of the steady maturation of the commercial industry, severely constrained federal budgets, and growing government dependence on outside services may point to a major shift in how the U.S. acquires critical space capabilities and services.

Among the topics the Solutions to Government Needs – A Paradigm Shift? panel will discuss are: the intelligence community’s use of commercial imagery data; NASA’s decision to use commercial firms for cargo resupply (and potentially human transport); the Department of Defense’s use of commercial communications; and the expanding availability and use of foreign space alternatives. The panel is part of the Space Foundation’s 26th National Space Symposium this April 12-15 at The Broadmoor Hotel in Colorado Springs, Colo.

“Constrained federal budgets, a rash of delays in acquisition programs, the rapid pace of technological change, new entrepreneurial endeavors, and the natural progression from government to private technology management have all given greater impetus to commercial solutions to critical government needs,” said Space Foundation Chief Executive Officer Elliot Pulham. “Still, the changes that are now afoot are at the same time exciting and controversial.”

About the Speakers
Josh Hartman is senior fellow, technology and public policy for the Center for Strategic and International Studies, a bipartisan, nonprofit organization that consults with government, international institutions, the private sector, and civil society. Hartman focuses on strategy and programs covering missile defense, cyberspace, intelligence, and space, including new market creation and innovation theory. Previously, he was senior adviser to the under secretary of defense for acquisition, technology, and logistics and director of the Space and Intelligence Capabilities Office. As a U.S. Air Force officer, Hartman’s assignments included the Space and Missiles Systems Center, National Reconnaissance Office, Joint Chiefs of Staff, Office of the Secretary of Defense, and Naval Research Laboratory. He served as a staff member for the House Armed Services Committee and the House Appropriations Committee and served as staff director of the Select Intelligence Appropriations Panel.

Gwynne Shotwell is president of Space Exploration Technologies (SpaceX), a private provider of launch vehicles and spacecraft for manned and unmanned space transportation. SpaceX’s Falcon 1 and Falcon 9 vehicles offer launch capabilities for spacecraft insertion into any orbital altitude and inclination. Its Dragon spacecraft provides Earth-to-LEO transport of pressurized and unpressurized cargo, including resupply to the International Space Station. Shotwell, who previously served as SpaceX’s vice president of business development, has developed curricula and taught courses in systems engineering and has authored papers on topics including standardizing spacecraft/payload interfaces, space shuttle integration, and reentry vehicle operational risks.

Maj. Gen. Craig P. Weston, USAF (Retired), is president and chief executive officer of U.S. Space, LLC, which offers commercial, privately financed military satellite communications to the U.S. government, including the Department of Defense. Previously, Weston was a vice president and deputy director of a business unit with SRA International. While in the Air Force, he spent a large part of his career developing, launching, and operating communications, infrared warning and reconnaissance satellites.