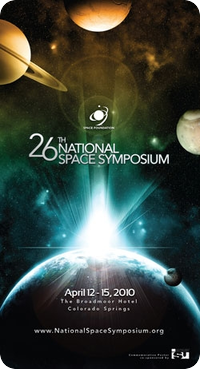 The 26th National Space Symposium, held April 12-15 at The Broadmoor Hotel in Colorado Springs, Colo., broke all attendance records – and, according to the buzz from attendees, was a success on all levels.

The SES WORLD SKIES, USG Exhibit Center, which filled two massive halls, sold out months in advance. Both of the new events – Cyber 1.0 and the New Generation Initiative programs – reached capacity before the Symposium began, and attendance topped the previous year’s mark before the first attendee arrived onsite. All told, almost 9,000 people from 20 nations participated in the 26th National Space Symposium.

What were people saying? Here’s a sampling:

“The proceedings soared with the venue”

“Seldom have we seen such a combination of top military and industry leaders of some of the best-known space exploration companies in the world.”

“The event this year stretched for four jam-packed days with a bit left over and there was never a dull moment.”

“It is one of the best venues for accomplishing a great deal within a handful of days.”

The Space Foundation deeply appreciates the hard work of more than 250 community and military volunteers, and the generous support of our National Space Symposium co-sponsors.

See this issue for coverage of some Symposium events; watch for more in the June edition of Space Watch. For videos of the event, click here; for photos, click here.

Make plans to attend the 27th National Space Symposium April 11-14, 2011, once again at The Broadmoor Hotel in Colorado Springs.