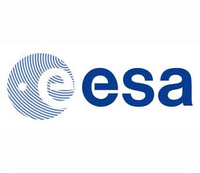 Despite growing economic woes in Europe, 14 of the European Space Agency’s (ESA) soon-to-be 19 member nations will increase their contributions for 2011.

In addition to contributions from its Member States, ESA receives payments from the the 27-nation European Commission (EC) for programs managed by ESA but sponsored, in whole or in part, by the EC. These include the Galileo satellite navigation system and the Global Monitoring for Environment and Security (GMES) Earth observation program. EC payments to ESA in 2011 are expected to total about 778 million euros($1 billion).

According to ESA, member-to-be Romania has a long aerospace tradition and has contributed to more than 30 scientific and technological space missions. During the 1970s and 1980s, Romania was an active member of the Soviet Union’s Interkosmos programme. In 1992, Romania was one of the first Eastern European countries to sign a Cooperation Agreement in the field of the peaceful use of outer space with ESA, paving the way for Romanian participation in several research projects with other European countries. Cooperation between ESA and Romania was strengthened further in October 1999 with the signing of a five-year Framework Cooperation Agreement, and the signature of the European Cooperating State Agreement in 2006.

Romania has participated in several ESA missions, including Cluster, Herschel, Planck, SOHO and Gaia with co-investigators, and in Earth Observation activities (EDUSPACE software), microgravity and exploration (SURE) and technology activities (the IAP telemedicine project).