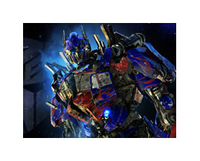 NASA has opened online voting for its Optimus Prime Spinoff Award student video contest. The public is invited to vote for its favorite videos, made by students in grades three through eight, developed to help educate America’s youth about the benefits of NASA’s technologies.

A panel of NASA judges will select the winners in each of the two grade categories. The winning students, associated spinoff companies and NASA innovators will be announced in February.

Voting is open until Feb. 6. and the public can choose its favorite Optimus Prime Spinoff Award.

More than 190 children from 31 states have submitted creative videos describing their favorite agency technology from NASA’s 2009 Spinoff publication. Each student also documented why his/her video should be selected to win the NASA Optimus Prime trophy.

NASA is using the correlation between Hasbro’s TRANSFORMERS property and commercialized agency “spinoffs” to help students understand how technology developed for space and aeronautics “transforms” into what is used on Earth.

The top five submissions from each of two groups (third through fifth and sixth through eighth grades) will advance for final judging. NASA intends to make this an annual competition. Students can begin thinking about next year’s competition by deciding which spinoffs they like best from NASA’s recently-published Spinoff 2010.

The Space Foundation has a Space Act Agreement with NASA through which both organizations work to build awareness of the tangible benefits of technologies developed for space.