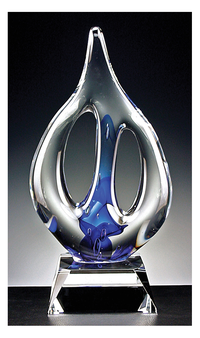 Three journalists who have shaped the way the nation views and understands space have been selected to receive the Space Foundation’s 2011 Douglas S. Morrow Public Outreach Award, to be presented at the 27th National Space Symposium, at The Broadmoor Hotel in Colorado Springs, Colo., April 11.

The Space Foundation annually presents the Douglas S. Morrow Public Outreach Award to an individual, team or organization that has made significant contributions to public awareness of, and support for, space programs. The award’s namesake was an Academy Award winning writer and producer, space advocate and early member of the board of directors of the Space Foundation.

The 2011 recipients have been at the forefront of space news coverage — via television, print publications and online — and through their commentary have helped the nation understand complex scientific information, deal with national tragedy and experience the triumph of discovery and accomplishment. They are being honored for their extraordinary coverage of the Space Shuttle program.

About Barbree
NBC News Correspondent Jay Barbree is the only journalist to have covered every manned U.S. space launch: a total of 164 Mercury, Gemini, Apollo and Space Shuttle missions. He joined NBC in 1958 as a part-time space program reporter based at Kennedy Space Center, Fla., eventually moving to full-time and spending his entire career in Florida covering space. In the early 1980s, he was one of 40 finalists selected to the NASA Journalist in Space program, which was discontinued after the Space Shuttle Challenger disaster. He was part of the NBC News Space Unit that won an Emmy award for NBC’s coverage of the Apollo 11 moon landing, was the first journalist to report on the cause of the Challenger accident and was among the first to break the news of NASA concerns about foam striking the Space Shuttle Columbia’s left wing during ascent — the incident that led to the Columbia accident in 2003. Barbree is the author or co-author of eight books, including two memoirs, collaborations with astronauts Alan Shepard and Deke Slayton and other non-fiction works about space.

About Dunn
Aerospace writer Marcia Dunn has covered the space beat for The Associated Press since 1990. By the time the Space Shuttle program ends this year, she will have witnessed and written about 99 Shuttle flights. She also has reported on two launches from the Baikonur Cosmodrome in Kazakhstan. In 1995, she was among the first group of U.S. journalists allowed into the Cosmodrome for a manned Russian Soyuz launch. In 2003, she received the Associated Press Managing Editors’ top deadline reporting prize for her coverage of the Columbia accident. Dunn is featured in one of the Sally Ride Science series of career books for youngsters, “Cool Careers in Space Sciences.” She is based at Kennedy Space Center in Florida.

About the Morrow Award
Designed to recognize those who have made significant contributions to public understanding of, and support for, space programs, the Morrow Award has a long list of distinguished recipients: astronaut Eileen Collins, actor/director Tom Hanks, the X PRIZE Foundation, space artist Robert T. McCall, the late Gene Roddenberry and Majel Barrett Roddenberry, the crew of Space Shuttle Mission STS-95, NASA’s Jet Propulsion Laboratory and, in 2010, actor/director Leonard Nimoy.