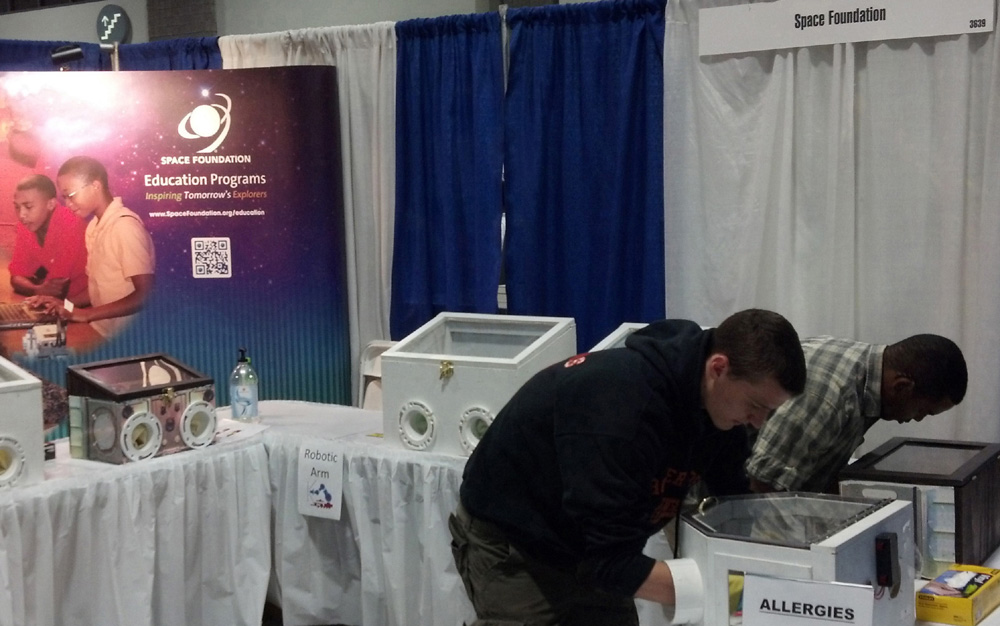 The Space Foundation booth featured a glove box activity for students of all grade levels, providing the experience of training like astronauts. Using glove boxes similar to the ones used in space to prevent experiments from floating away and to keep scientists and astronauts safe, the Space Foundation let attendees experience firsthand what it is like to conduct scientific studies using circuits, robotic arms and heavy space gloves.

Hosted by Lockheed Martin, the Festival was open to the public, free of charge and held the 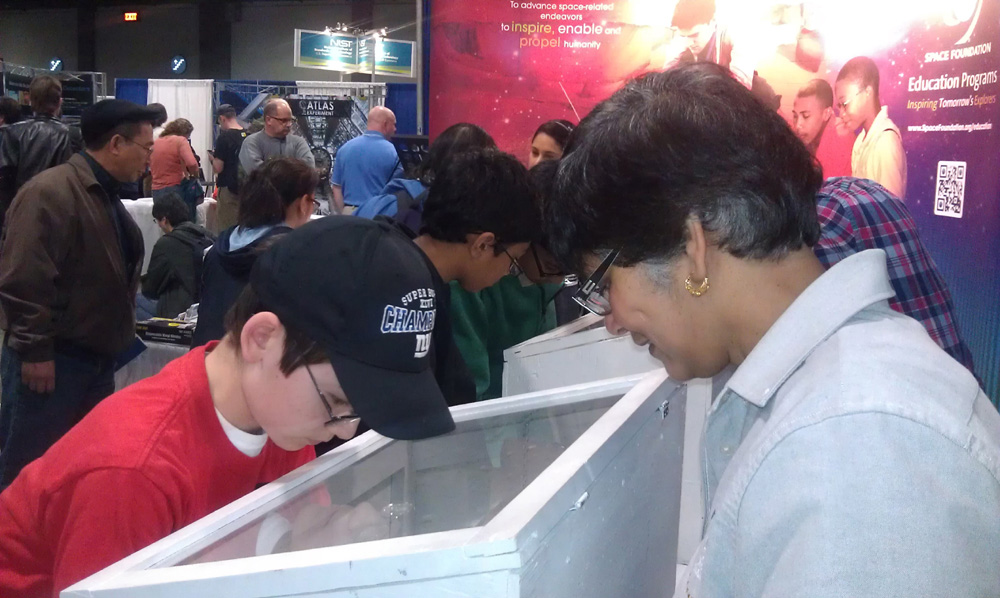 weekend of April 28 and 29 at the Walter E. Washington Convention Center. Presentations featured such science celebrities as Bill Nye the Science Guy, actress and scientist Mayim Bialik from the TV series The Big Bang Theory and Adam Savage and Jamie Hyneman from the TV science program MythBusters. The event included more than 3,000 interactive exhibits, over 100 stage shows and a book fair with 33 author presentations.