The Space Foundation will hold an event commemorating Air Force Space Command’s 30th anniversary on Tuesday, Sept. 18, at the The Army and Navy Club in Washington, D.C. 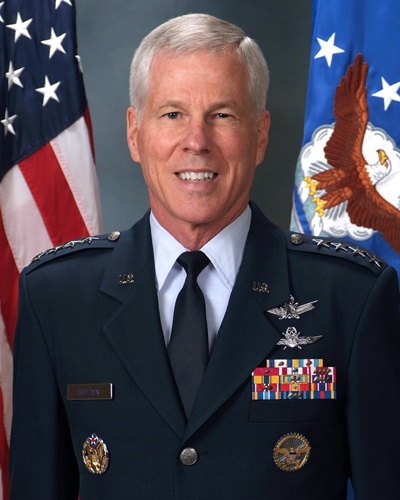 About Shelton
Shelton is responsible for organizing, equipping, training and maintaining mission-ready space and cyberspace forces and capabilities for North American Aerospace Defense Command, U.S. Strategic Command and other combatant commands around the world. He oversees Air Force network operations; manages a global network of satellite command and control, communications, missile warning and space launch facilities; and is responsible for space system development and acquisition. He leads more than 42,000 professionals assigned to 134 locations worldwide. Shelton entered the Air Force in 1976 after earning Bachelor of Science degree in astronautical engineering from the U.S. Air Force Academy. He has served in various assignments, including research and development testing, space operations and staff work. He has commanded at the squadron, group, wing and numbered air force levels, and served on the staffs at major command headquarters, Air Force headquarters and the Office of the Secretary of Defense. Prior to assuming his current position, Shelton was the assistant vice chief of staff, U.S. Air Force, Pentagon, Washington, D.C. He holds two Master of Science degrees: astronautical engineering from the U.S. Air Force Institute of Technology, Wright-Patterson AFB, Ohio, and national security strategy from the National War College, Fort Lesley J. McNair, Washington, D.C. 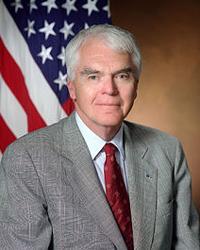 About Mark
Dr. Hans Mark specializes in the study of spacecraft and aircraft design, electromagnetic rail guns and national defense policy. He has served on the faculty of the Cockrell School of Engineering at The University of Texas, Austin, since 1988. He served as chancellor of The University of Texas System from 1984 to 1992. He previously taught at Boston University, Massachusetts Institute of Technology (MIT), the University of California at Berkeley (UC-Berkley) and Stanford University. Mark has served as director of the NASA-Ames Research Center, secretary of the Air Force, deputy administrator of NASA and most recently, as the director of defense research and engineering for the Department of Defense. He has published more than 180 technical reports and authored or edited eight books. A member of the National Academy of Engineering and an Honorary Fellow of the American Institute of Aeronautics and Astronautics, Mark is the recipient of the 1999 Joe J. King Engineering Achievement Award and the 1999 George E. Haddaway Medal for Achievement in Aviation, as well as the Space Foundation’s most prestigious recognition, the General James. E. Hill Lifetime Space Achievement Award. He holds a bachelor’s degree in physics from UC-Berkeley, a Ph.D. in physics from MIT and six honorary doctorates. 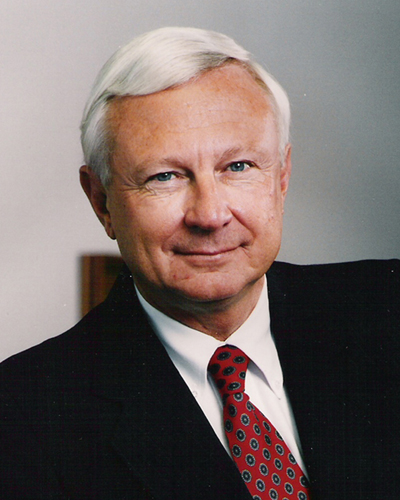 About Aldridge
The Honorable Edward “Pete” Cleveland Aldridge, Jr. has served in many top U.S. Defense Department and defense industry jobs, including as under secretary of the Air Force from 1981-1986, director of the National Reconnaissance Office from 1981-1988, and as the secretary of the Air Force from 1986-1988. From 1989-1992 he was president of the Electronic Systems Company division of McDonnell Douglas, and later, CEO of The Aerospace Corporation. He was the under secretary of defense for acquisition, technology and logistics from 2001-2003. Aldridge received a Bachelor of Science in aeronautical engineering from Texas A&M University in 1960 and a Master of Science from the Georgia Institute of Technology. His many awards, in addition to the Space Foundation’s most prestigious recognition, the General James. E. Hill Lifetime Space Achievement Award, include the Department of Defense Distinguished Civilian Service Award, Secretary of Defense Meritorious Civilian Service Award and the Department of Defense Distinguished Public Service Award.

About Lord
Former AFSPC commander and chief executive officer of ASTROTECH Space Operations, Lord is chief executive officer and chairman of L2 Aerospace, which he founded in 2010. While with AFSPC, Lord was responsible for the development, acquisition and operation of Air Force space and missile weapon systems. Overseeing a global network of satellite command and control, communications, missile warning and launch facilities to ensure the combat readiness of the U.S. intercontinental ballistic missile force, he led more than 39,700 personnel who provided combat capabilities to North American Aerospace Defense Command and U.S. Strategic Command. Lord was the recipient of several prestigious military decorations throughout his 37-year military career, including the Distinguished Service Medal, Legion of Merit and the Defense Meritorious Service Medal. He retired from the Air Force in 2006. He is a member of the President’s Space-Based Position, Navigation and Timing Advisory Board; a Senior Associate of the Four Star Group; a senior defense advisor to Powerwave, Inc; a member of the Iridium Corporation’s Government Advisory Board; a member of the board of advisors for the Challenger Learning Center in Colorado Springs; and president of the Association of Air Force Missileers. He has a Bachelor of Science degree in education from Otterbein College, Westerville, Ohio, and a master’s degree in industrial management from the University of North Dakota, Grand Forks.