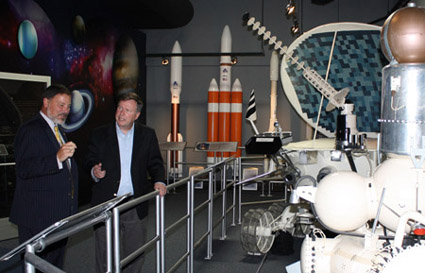 Lamborn was also given a demonstration of Science On a Sphere® in the Space Foundation’s Northrop Grumman Science Center. Science On a Sphere is a unique spherical display that brings the Earth, Sun, Moon, planets and other celestial bodies to life and explains geography, weather, oceanography, the history of the universe, the impact of natural and manmade phenomena on our planet.