Each year, the Space Foundation presents the John L. “Jack” Swigert, Jr., Award for Space Exploration to the person or organization that has made the most significant accomplishments in advancing the exploration of space during the previous year.

For 2013, the award will go to the mission that had the nation holding its breath as it tested an ingenious but never-before-used landing technique and continues to amaze with new discoveries about Mars. 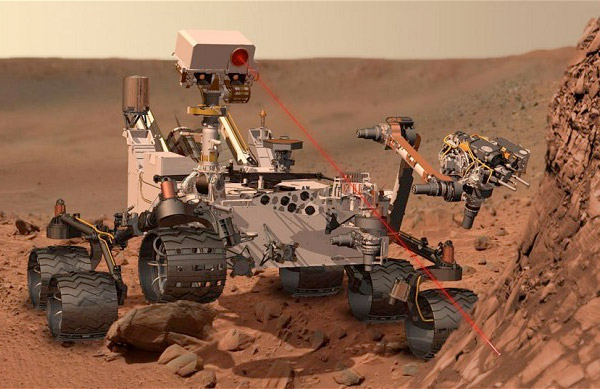 “We are recognizing the NASA Mars Science Laboratory Mission Team for its aggressive and technologically advanced exploration of another planet,” said Space Foundation Chief Executive Officer Elliot Pulham. “This incredible mission will yield valuable science about conditions on Mars and enable critical technologies for future missions.”

The award will be presented April 8 during the opening ceremony of the 29th National Space Symposium at The Broadmoor Hotel in Colorado Springs, Colo. 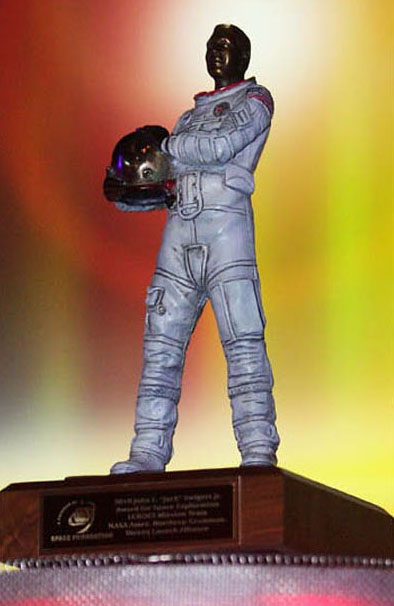 The John L. “Jack” Swigert, Jr., Award for Space Exploration honors astronaut Jack Swigert, a Colorado native who served with retired U.S. Navy Captain James A. Lovell, Jr., and Fred Haise on the legendary Apollo 13 lunar mission, which was aborted after the perilous rupture of an oxygen tank en route to the Moon. Before joining the Apollo program, Swigert was a combat pilot for the U.S. Air Force in Japan and Korea and an engineering test pilot for North American Aviation, Inc., and Pratt and Whitney. In 1982, he was elected to the U.S. House of Representatives, but died of cancer before taking the oath of office.

The registration rate for active duty military and government personnel has been lowered to 2010 pricing, now $790 for the four-day Space Symposium. An Early Bird Discount rate is in effect until March 15 for standard industry Space Symposium registration.