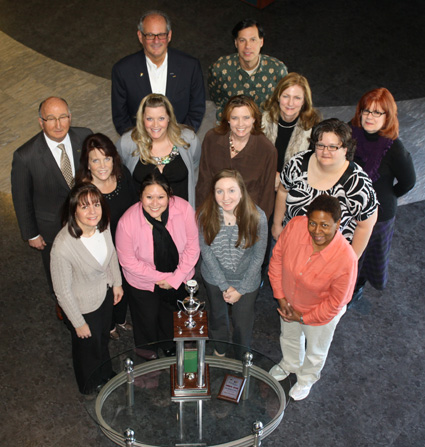 The committee is pictured at right, along with Space Foundation President Chuck Zimkas (far left). The award was presented to the Space Foundation by Stephen D. Ducoff (back row, left) of The Ducoff Enterprises, LLC, who is a member of the Festival of Lights board of directors.

Float Promoted Science On a Sphere 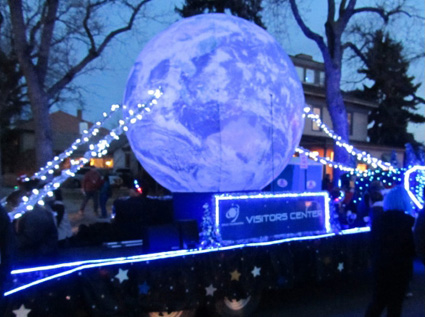 The Space Foundation’s inaugural float in the Colorado Springs Festival of Lights Parade gave a unique twist to the parade’s theme of “Home for the Holidays.”

The float featured children surrounding a glowing globe of the Earth, our home in the universe. The Earth theme also echoed a feature of our new Space Foundation Visitors Center and the Northrop Grumman Science Center Science On a Sphere® (SOS).

The parade is an annual tradition in Colorado Springs, and 2012 was the first year the Space Foundation was represented in the parade. The float, featuring thousands of blue lights and an inflated globe, was built by the Space Foundation team, who also walked alongside sporting lighted gloves, wigs and glasses.