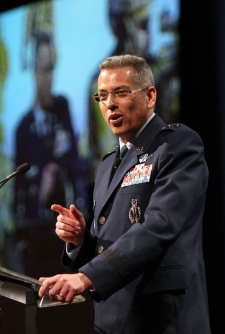 Maj. Gen. Jack Weinstein, USAF, director of air, space and cyberspace operations for Air Force Space Command, addressed a packed room of both military and civilian attendees at the Space Warfighters Luncheon, April 9, during the 29th National Space Symposium. The luncheon was sponsored by AGI.

Weinstein spoke on the impact of Gen. William Shelton’s designation as commander of Air Force space and cyber forces to United States Strategic Command and its importance to the warfighter.

“This new design for the AFSPC commander as COMAFFOR is a truly revolutionary and positive change for our Air Force,” said Weinstein. “The COMAFFOR operates and supports the Air Force Forces assigned or attached to the Joint Force commander… a COMAFFOR is a warfighter.” 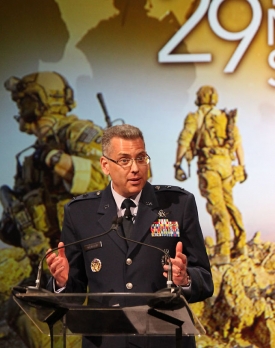 Explaining that space and cyberspace are being focused to enhance the capabilities of combatant commanders, Weinstein said, “Air Force Space Command must help USSTRATCOM identify why and with what we fight in the space and cyber domains. Space and cyber are incredibly complex domains, and they have fundamentally changed the way we fight and win wars.”

According to Weinstein, equipping and grooming space and cyber personnel with training on the operational and tactical levels as well as strategic-level capabilities is one way that AFSPC fits into the broader national security architecture. “We are able to provide our expertise and knowledge gained … and then apply strategic-level thinking to assist our combatant command, ensuring Air Force space and cyber capabilities fit appropriately into the larger picture,” he said

The general stated that the warfighter is already benefitting from the change in the strategic-level focus of AFSPC. “Air Force space and cyber capabilities can help shape perceptions, and with the right level of integration between COMAFFOR and joint force planning, we can synchronize to achieve maximum Joint Force Commander effects and unity of effort,” he said. “Ideally, AFSPC will become a fully integrated warfighter supporting the combatant commander’s campaign and operational planning processes, as well as real-world and exercise management of operational crises and contingencies.”

Weistein went on to say that future development of the role of the AFSPC COMAFFOR is expected to help shape the battlefield across the full spectrum of warfare. “The Air Force is postured to ensure all of its world-class capabilities are deployed, sustained and employed to achieve strategic objectives and defend our nation and its allies,” he said. “In the end, the warfighting benefit of having a 4-star COMAFFOR that can interface with and support combatant commanders is to hopefully save lives and achieve national objectives.”

See a video of the luncheon here. 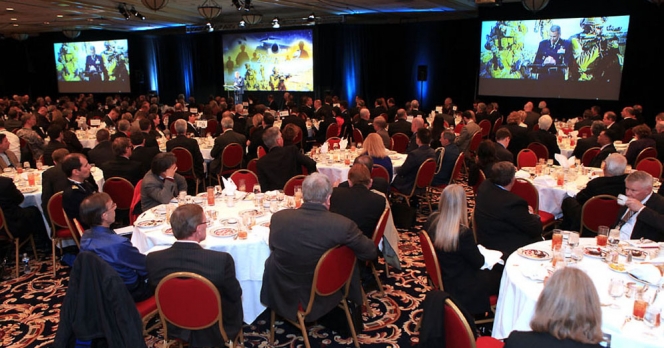