After several years’ absence, the National Aeronautics and Space Administration (NASA) will bring an exhibit to the Space Foundation’s 31st Space Symposium. 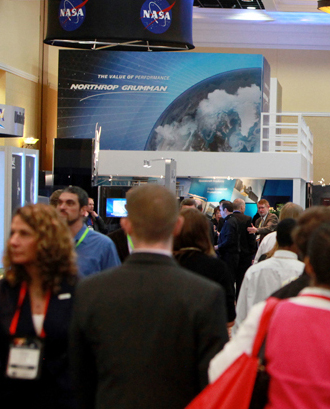 The thousands of people who will tour the exhibits include C-level industry executives, senior decision makers and government officials. The exhibit center will be open through Thursday, April 16, with exhibitors representing 10 countries.

The Ball Aerospace Exhibit Center is not open to the general public. See the complete list of exhibitors and a map of the exhibits here.