To Russia, With Love – Another Half Billion U.S. Dollars? 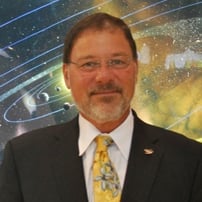 It’s not always easy to understand what members of Congress are thinking. For example, in the months leading up to the current recess, there was a great gnashing of teeth over U.S. acquisition of Russian space hardware – in particular, the RD-180 main rocket engine.

However, in the waning hours of the session, both the House and the Senate took aim at the budget for the NASA commercial crew program – a move which, if implemented, will almost certainly force NASA to spend another half-billion U.S. tax dollars to buy orbital transportation from Russia, while delaying much-needed American capability.

Of course it is reasonable that the administration, or the Congress, might change their tune about U.S. posture toward another nation, over time. Things do change. But, if you’ve been tracking the criticism that the Air Force, United Launch Alliance and RD-AMROSS have endured in 2015, you would think that the government never had any oversight of the RD-180 program, and that simply isn’t true. For years, both branches elected to fund Russian production of the RD-180 rocket engine, rather than invest anything in a domestic, U.S.-produced rocket engine.

Similarly, the Commercial Crew Program is not a “pet rock” that NASA dreamed up in some sort of vacuum. Rather, it is the reasoned, bi-partisan creation of a government that, perhaps, moved precipitously in killing the space shuttle program without a replacement capability standing by.

If you want to track, over time, how consistently short-sighted the U.S. government has been at investing in rocket engine capability, you only need to read Wayne Eleazer’s excellent essay in The Space Review (Aug. 3, 2015), which, after detailed analysis, concludes:

“The rocket engine dilemma the US faces today is not the result of a sudden and unpredicted shift in international relations but is due to both government and industry making the wrong choices, repeatedly, over the course of more than 45 years. Essentially, the country has rather studiously avoided making the effort required for a new engine development. Those decisions seemed logical, reasonable, politically necessary, cheap, or simply inevitable at the time, but ultimately proved to be seriously flawed.”

Wayne’s summation – “politically necessary, cheap, or simply inevitable at the time” – strikes me as the same set of metrics that killed the Constellation program, and then ended the space shuttle program without an indigenous, human-rated launch system hiding in a hangar. The shuttle “gap” was more than a gap; it was a plunging chasm, and we are still trying to climb out of it. Like the RD-180 decision, it made us dependent upon Russia. The difference is that, until now, NASA has been allowed to pursue a Commercial Crew Program that could break America’s cycle of dependence for human access to Low Earth Orbit, while strengthening U.S. industrial capability. The U.S. Air Force was not allowed to pursue domestic production of the RD-180, despite having negotiated the rights to do so.

In either case, like an addict, the U.S. has become infamously dependent upon our launch tech “dealer” – Russia. In both cases, we need to break our cycle of addiction. We need to get into rehab, and start believing, and investing, in ourselves again.

It should not be acceptable to the U.S. that only Russia and China can launch astronauts into space. Nor should it be acceptable to our international partners that the only human spaceflight pathways open to them go through Moscow and Beijing.

I also believe that an accelerated, urgent, priority national program to develop a new main launch engine is critical to the future of our national security space interests. Make no mistake, at this moment in time, we are dependent upon the RD-180. The national security of the United States is in the hands of Russia’s rocket engine makers. This should not be acceptable.

Nor should the nation be happy, from an industrial policy and economic competitiveness point of view, with being a minority player in the global launch business. Of 92 launches around the world in 2014, only 23 were from U.S. spaceports (34 were Russian launches).

Now, there is some nuance here. Despite current abhorrent behavior, Russia has, in fact, been a reliable partner in the International Space Station program since its inception. And, the RD-180 has been a reliable workhorse powering the Atlas 5. On a people-to-people basis, U.S.-Russia collaboration in space has worked, for a long time. So, I’m not suggesting we end collaborating, where it makes sense. What I am suggesting is that we be equal and strong partners, and not codependent ones.

I also am not suggesting that properly funded government programs, alone, can break our cycle of addiction. Just as I see a bright future in the Commercial Crew Program, I believe we absolutely must support and encourage commercial development of competitive engine technology. We need to expect the government to buy commercial engine technology whenever practical. This is not a winner-take-all effort pitting government against industry. Rather, it should be a win-win approach, where the more Made in America choices the U.S. has, and the more domestic capabilities the nation can choose from, the better. A competitive marketplace is good for government, good for industry, and good for the taxpayer. A competitive space industry that assures American technical leadership in the space domain is good for national security – both hard power, and soft power.

The current Congressional recess ends Tuesday, Sept. 8. The top priority for both houses should be to agree on a 2016 budget. A Continuing Resolution would be a bad outcome; kicking the budget can down the road is not leadership, and has bad effects on the economy in general and government programs in particular. Allowing sequestration provisions of the Budget Control Act would be even worse. (See “Autopilot is No Way to Run a Country,” Space Watch, November 2014.)

The View from Here is that, come Sept. 8, House and Senate conferees need to set their political differences aside, and agree to a 2016 federal budget that fully funds NASA, including the Commercial Crew Program, and makes a serious, credible start on a long-overdue U.S. main rocket engine program. Politics as usual will only exacerbate the nation’s dependence upon Russia – unacceptable at any time, but particularly troublesome now.

And, here’s a brain teaser to contemplate: with all the technical advances that have taken place since the Delta Clipper/DCX program (mid 1990’s), and the X-33 Venture Star (late 1990’s) . . . might it not be time to take another shot at developing a Single Stage to Orbit (SSTO) system that would revolutionize space transportation and relegate costly, expendable launch systems to the history books?