The 32nd Space Symposium will be held April 11-14, 2016, at The Broadmoor in Colorado Springs, Colo., and in consideration of budget constraints, the Space Foundation offers reduced registration pricing for active duty military and government personnel. 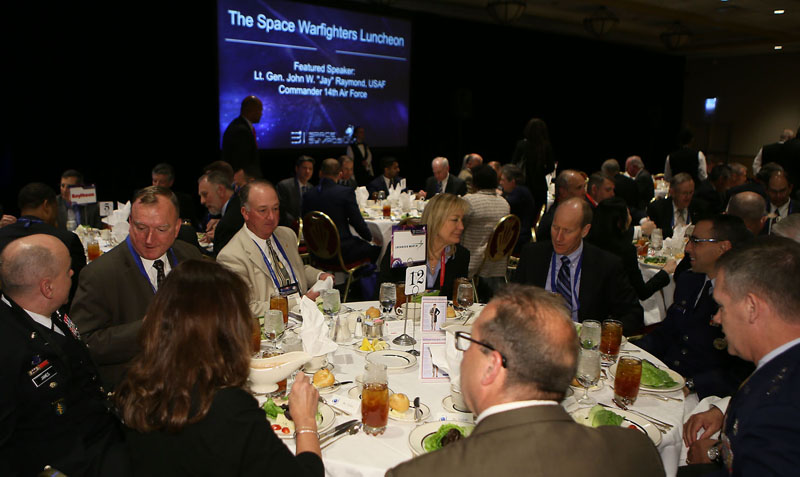 Take advantage now of the active military/government rate, with secure online registration here. Special military pricing does not apply to contractors who work for or with the government or military.

Military/government tickets for the Space Warfighters Luncheon must be reserved at the time of Symposium registration here.

Lt. Gen. Buck leads more than 19,500 personnel responsible for providing missile warning, space superiority, space situational awareness, satellite operations, space launch and range operations. As Commander, JFCC SPACE, he directs all assigned and attached USSTRATCOM space forces providing tailored, responsive, local and global space effects in support of national, USSTRATCOM and combatant commander objectives. He received his commission in 1986 as a distinguished graduate of Officer Training School. He served on The Joint Staff as principal military advisor to The Chairman of The Joint Chiefs of Staff for Coalition Management. In 2010, he deployed to Southwest Asia as the Director of Space Forces for U.S. Air Forces Central. He was previously the Vice Commander, Air Force Space Command. He earned a Bachelor of Science degree in business administration, a Masters of Business degree in administration, a Master of Science in national security and strategic studies, a Master of Science in national resource strategy, and he is a Distinguished Graduate from the Squadron Officer School.