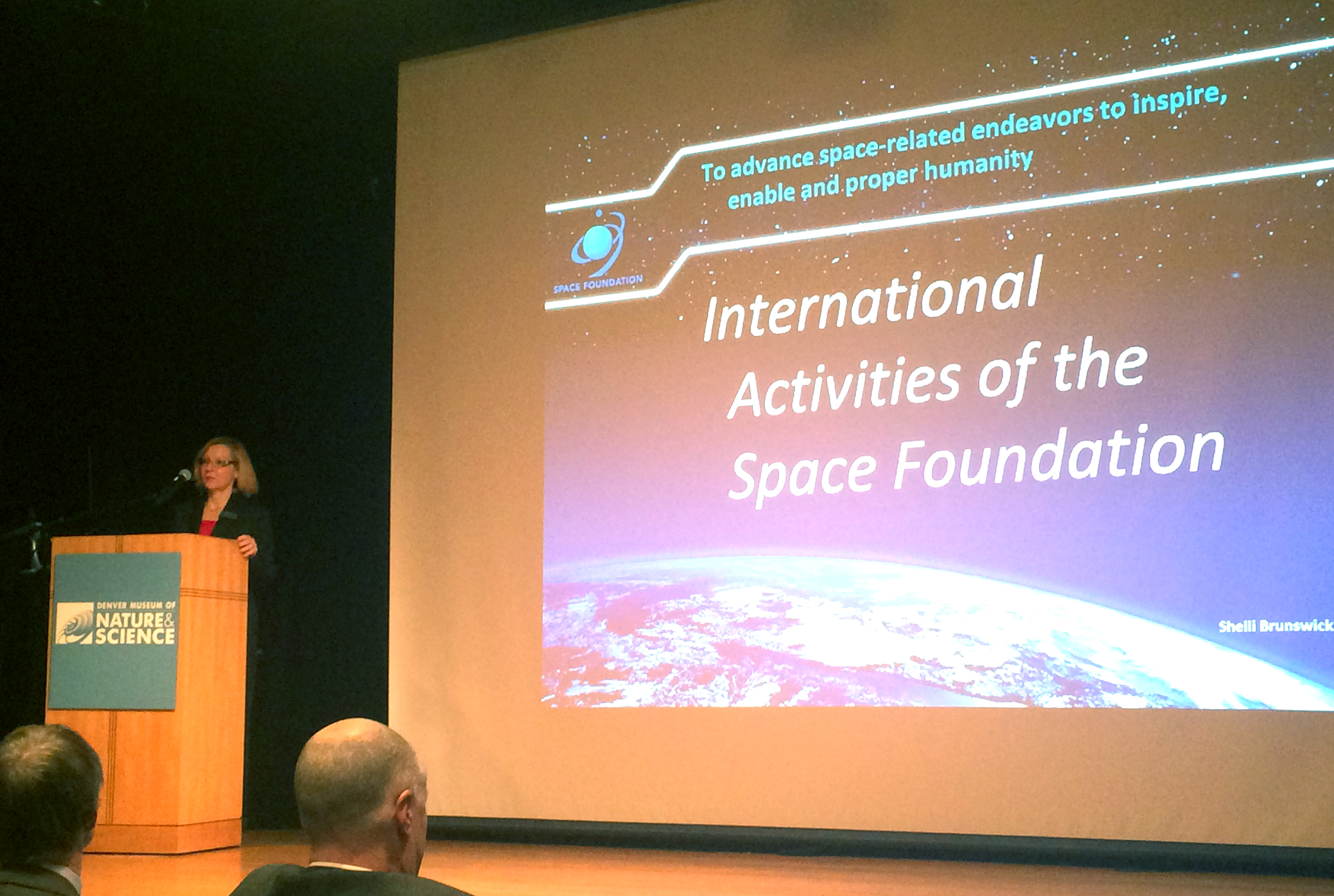 In her comments, Brunswick mentioned Space Foundation participation in the World Satellite Business Week, conducted by Euroconsult in Paris, and also highlighted the following:

UGART
The U.S.-German Aerospace Roundtable (UGART) brings together German and American companies and organizations to promote greater understanding of requirements, capabilities and opportunities for mutual benefit. Held alternately in each nation, the UGART has produced a number of bi-lateral cooperative agreements. The most recent UGART was held in November in Bremen, Germany. More than 60 executives and officials, including ESA and DLR leadership, from the U.S. and Germany participated in facilities visits, formal discussions and networking opportunities.

United Arab Emirates (UAE) Engagement
The Space Foundation continues to engage with UAE industry and government, both in the UAE and in Washington, D.C., in a variety of activities. The Space Foundation serves in unofficial advisory capacities, particularly as it relates to education activities with the UAE Space Agency.

The United Nations Committee on the Peaceful Uses of Outer Space (UNCOPUOS)
For more than 16 years, the Space Foundation has served as a Private Sector Advisor on the United States delegation to the Committee and the Science and Technical Sub-Committee. In this role, the Space Foundation’s representatives have participated in Working Groups, delivered technical presentations, hosted receptions for delegates and worked special activities with the Office of Outer Space Affairs.

The Space Foundation’s Washington, D.C., team has established relationships and conducted briefings with eight new officials from the diplomatic community. They engages with attaches and agency representatives throughout Washington and attend embassy events.