The 32nd Space Symposium program will conclude with a dynamic presentation by Trevor Beattie, film producer and Founding Partner, BMB Advertising, London. Beattie will be the featured speaker for the Space Technology Hall of Fame Dinner on April 14 at The Broadmoor. 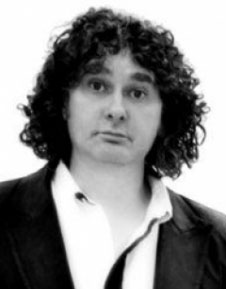 Wrapping up four days of the Space Foundation’s 32nd Space Symposium, the annual Space Technology Hall of Fame dinner honors extraordinary technologies originally developed for space that now improve life on Earth. The dinner will be preceded by a private induction ceremony for the 2016 inductees, to be announced in early 2016.

The Space Technology Hall of Fame was created in 1988 by the Space Foundation to increase public awareness of the benefits resulting from space exploration programs, and to encourage further innovation. Since then, it has recognized dozens of technologies and hundreds of individuals who transformed space technology into commercial products that improve the quality of life for all humanity.

The 32nd Space Symposium is slated for April 11-14, 2016, at The Broadmoor in Colorado Springs, Colo. Visit www.SpaceSymposium.org for secure online registration, meal tickets, including Space Technology Hall of Fame dinner tickets, and secure lodging reservations. A $400 discount is currently available on standard industry registration if paid by Jan. 22, 2016.

About Beattie
Trevor Beattie, founding partner of BMB and former chairman and Creative Director of TBWA London, is an advertising executive responsible for a number of high-profile and often controversial advertising campaigns. As one of the very first paying customers, he is slated to fly on the second flight for Virgin Galactic (after Richard Branson’s debut.) Also working in the movie industry, Beattie produced the BAFTA-winning movie Moon, directed by Duncan Jones in 2008. He is also devising a marketing campaign for the Virgin Galactic Space Tourism Programme. In 2011, he set up The Jack And Ada Beattie Foundation in memory and honor of his parents. The Foundation supports victims of social injustice, and helped send hundreds of D-Day Veterans back to the Normandy beaches for the 70th commemorations in 2014.