Andy Weir’s debut novel The Martian captivated readers when it was first published as a blog in 2011. Weir’s fictional story of NASA astronaut Mark Watney’s struggle to survive on Mars attracted the interest of a broad population, well beyond the ranks of space fans. Enthusiasm for the story propelled the book to The New York Times Best Seller list in 2014, and to a major film adaptation in 2015, directed by Ridley Scott and starring Matt Damon. 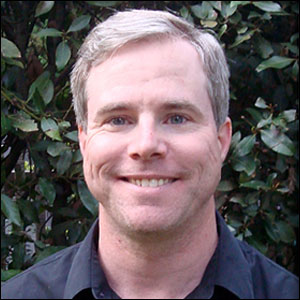 For his achievement in reigniting popular interest in human spaceflight, Andy Weir has been selected the 2016 recipient of the Douglas S. Morrow Public Outreach Award.

“Few works have generated the interest in spaceflight, NASA, and the exploration of Mars to the extent of Andy Weir’s story The Martian,” said Space Foundation Chief Executive Officer Elliot Pulham. “On line, in print and on the big screen, The Martian has been a cultural phenomenon.”

The award announcement will be included in the April 11 opening ceremony of the Space Foundation’s 32nd Space Symposium, taking place in the International Center of The Broadmoor Hotel in Colorado Springs, Colo., USA. The ceremonies are co-sponsored by Northrop Grumman.

About Andy Weir
Weir (pictured) describes himself as a lifelong space nerd and a devoted hobbyist of subjects such as relativistic physics, orbital mechanics and the history of manned spaceflight. He was first hired as a programmer for a national laboratory at age fifteen, and has been working as a software engineer since.

About the Morrow Award
The award’s namesake was an Academy Award-winning writer and producer, space advocate and early member of the board of directors of the Space Foundation. The Morrow Award recognizes those who have made significant contributions to public understanding of, and support for, space programs. Recent recipients have included:

About the Space Symposium
The Space Symposium is the annual gathering of all sectors of the global space community, to be held April 11-14 at The Broadmoor in Colorado Springs. Visit www.SpaceSymposium.org for secure online registration and complete conference information. A discount on standard industry registration is currently available if paid by March 11, 2016.