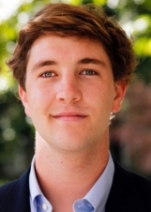 Administration
There have been several important developments in the space policy community during the past month. On the last day of June, President Trump officially signed the National Space Council back into existence for the first time since 1993. Space Foundation Chief Operating Officer Shelli Brunswick attended the signing ceremony at the White House. A few weeks later, on July 13, it was announced that Scott Pace, former Director of the Space Policy Institute at George Washington University, will serve as the council’s executive secretary.

The policy community remains watchful for announcements of further appointments to the council. While no specific timeline exists for the body’s activity, Vice President Mike Pence hinted, during a visit to Kennedy Space Center on July 5, that it would be ready to begin work by the end of the summer. Pence, who will chair the Space Council, also spoke about the administration’s future space policy and goals for exploration. The Vice President was joined at Cape Canaveral by several prominent lawmakers, including Florida Senators Marco Rubio and Bill Nelson, and Florida Representatives Bill Posey and Ron DeSantis.

There is no indication of who the White House will nominate to become NASA Administrator.

Capitol Hill
On July 13, the Senate Subcommittee on Space, Science, and Competitiveness held the third hearing in a three-part series of hearings on expanding American private activities in space. The July hearing was titled “Reopening the American Frontier: Promoting Partnerships between Commercial Space and the U.S. Government to Advance Exploration and Settlement.” The subcommittee, along with a distinguished panel of leaders from NASA, academia and industry, discussed issues pertinent to free enterprise and American leadership in space, ranging from regulatory barriers to STEM education efforts to orbital debris concerns.

During July, congress placed a heavy focus on appropriations efforts, as both the House and Senate work on their budgetary responses to the Trump Administration’s FY 2018 proposal released in May.

On the defense side, the House passed its version of a FY 2018 National Defense Authorization Act (NDAA), which includes a controversial proposal to establish a separate ‘Space Corps’ within the Department of Defense. The Senate voted on defense appropriations at the Committee level, but has not discussed the legislation on the floor yet.

On July 25, the Senate Appropriations Subcommittee on Transportation, Housing, and Urban Development marked up legislation to fund several agencies, including the Federal Aviation Administration, which houses the Office of Commercial Space Transportation (FAA AST). The Subcommittee approved a funding level of $21 million for FAA AST for the upcoming fiscal year.

That same day, the Senate Appropriations Subcommittee on Commerce, Justice, Science and Related Agencies marked up its FY2018 funding legislation, which would provide NASA with a top line of $19.5 billion, roughly half a billion higher than the President’s request for the agency. This includes $100 million in funding for NASA’s Education Office, which the Administration’s request proposed cutting. The bill also provides NOAA with strong funding, particularly for weather satellites, the construction of two new polar ‘follow-on’ missions, basic research and grant opportunities.

Both subcommittee bills were included in funding legislation that the full Senate Appropriations Committee passed on July 27, with no debate or amendments involving any particular space-related topics. The next step for these appropriations will be approval on the Senate floor.