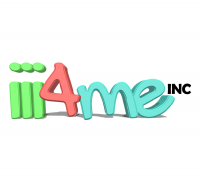 III4me, Inc. (pronounced three-four-me), is a new company that offers kids ages 5 to 12 an anti-bullying approach to GAMING.GIVING.GEAR. Started in 2017 by then eight-year-old James Edward Collier III in response to bullying he was experiencing, the company’s mission is to be an anti-bullying resource for children around the world, and for every kid to have fun GAMING, to change the world by GIVING, and to do it in awesome GEAR. James has spoken to over 1,000 kids in the United States about bullying. His movement has reached over 9,000 kids in 10 states and 3 continents.