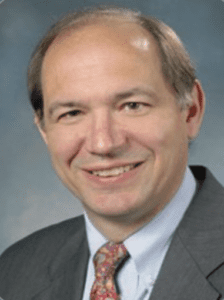 Jeffrey Grant has served on Space Foundation board since 2014, becoming Member at Large in 2018, and elected Vice Chairman in 2019.
Grant retired as Sector Vice President and General Manager of Space Systems at Northrop Grumman Aerospace Systems. In his former role, Grant led the division that provides space solutions for civil, military, and restricted customers. Prior to that appointment, Grant was Vice President of National Systems for Space Systems where his primary responsibilities were the acquisition and execution of all space programs for restricted customers, which included the design, build, launch, and operations of major systems. He was also responsible for new business with those customers, as well as for the evolution of existing systems, including capabilities enhancements and technology insertion.
Earlier in his career, Jeffrey served as the Vice President of Business Development at Northrop Grumman’s former Space Technology sector. In that role, he led the business development function, overseeing Space Technology’s strategy formulation, program development, marketing, and discretionary investment. Grant joined Northrop Grumman via the acquisition of TRW in December 2002. Before joining TRW in February 2002, he held a variety of government and private sector positions. He’s also the former Vice President and Chief Technical Officer for Astrolink International, LLC, a joint international venture to develop and operate a global broadband telecommunications satellite system.
Before joining the private sector, Jeffrey served for 21 years at the United States Central Intelligence Agency in positions at the CIA/National Reconnaissance Office (NRO), Directorate of Science and Technology, and Directorate of Intelligence, Office of Scientific Intelligence. In his last assignment at the NRO, he served as Director, Office of Plans and Analysis. During his 18 years at the NRO,
Jeffrey D. Grant
Vice Chairman, Space Foundation
Grant also served as a program director for satellite, launch, and ground segment development. Additionally, he was the Chief Systems Engineer on two space intelligence collection projects involving spacecraft in both geosynchronous and low Earth orbits. He also led an advanced technology division to develop and test advanced imagery, communication, and data processing technologies.
In addition to serving on the Space Foundation Board of Directors, Grant also serves on the Board of Trustees of The Aerospace Corporation. He is the recipient of numerous awards, including the Distinguished Intelligence Medal, the Intelligence Medal of Merit, CIA Engineer of the Year, the Intelligence Certificate of Distinction, and the CIA Certificate of Distinction. Grant earned his Bachelor of Science in Ocean Engineering from the Florida Institute of Technology.