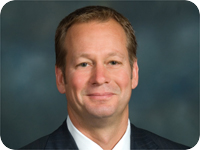 Jim Maser, president of Pratt & Whitney Rocketdyne (PWR), speaking last month at a Space Foundation Correspondents Group breakfast in Washington, D.C., said that the U.S. needs a long-term vision for space to allow industry to better align human resources and research and development dollars with government plans. He said the unstable and discontinuous nature of the U.S. government market results in inefficiencies within industry and makes maintaining critical capabilities difficult. As an example, he cited that Ares V rocket development has been pushed back rather than having a smooth transition between the Space Shuttle, Ares I, and Ares V.

Maser said that there is a disconnect between the current architecture and funding, noting that President Obama seems interested in sending humans beyond earth orbit and in using space assets for Earth observation, but the likelihood of getting increased funding to do that is low.

Maser, who recently made a presentation to the Review of U.S. Human Space Flight Plans Committee (often referred to as the Augustine Commission; see letter from Elliot Pulham to Committee Chair Norm Augustine in this issue of Space Watch), noted that PWR is not proposing new architectures, but rather emphasizing its ability to support any architecture option recommended by the Committee. Production of the space shuttle main engine (SSME) will continue until the end of this year, but, according to Maser, if given direction, it would be possible to continue to provide the SSME or to provide a lower-cost expendable version of the SSME. He said it would also be possible, with increased funding, to speed development of the J2X liquid hydrogen upper stage engine PWR is designing for Ares I and Ares V.

Speaking about entrepreneurial space efforts, Maser, who was previously involved with Sea Launch and SpaceX, said that much of our marketplace capability and talent is not being utilized. He said that entrepreneurial efforts support young talent and rapid prototyping, allowing people to work on the full life-cycle of a project, including design, analysis, construction, testing, and launch, but the risk-averse nature of the industry creates barriers. Because it is unlikely that most customers will accept more risk, he said, the higher-risk entrepreneurial efforts will attract only a niche market.

Maser said that he believes that supply exceeds demand in the space industry, and that lower prices offered by entrepreneurial companies are not significantly increasing the demand. One way to work within this environment, he said, is to create a separate group within a larger, more traditional company that is able to take risks, work quickly, and develop new concepts to encourage innovation while the larger group continues to provide products and services where “failure is not an option.” He said that this is the approach he plans to take within PWR.

The nation’s number one rocket engine provider, PWR produces main and upper stage engines for the space shuttle and Delta II and Atlas V rockets, and is now leveraging space technology into other areas, such as renewable energy and hypersonic engines.

This event is part of a regular series of gatherings sponsored by the Space Foundation for Washington, D.C.-based space, defense, science and technology, business, and international journalists to engage in dialogue with leaders from across the space industry.