The notifications began far before the event even started, as participants registered and traveled to Colorado Springs. By the second day of the Symposium, #31SS and #SpaceSymposium, the two official hashtags for the event, were trending on Twitter, with well over 700 tweets. More than 100 photos appeared on Instagram using the same hashtags, and hundreds more updated their statuses and posted photos to Facebook. People who started off as user names became real-life connections, demonstrating the positive power of social media. Until next time – #32SS! 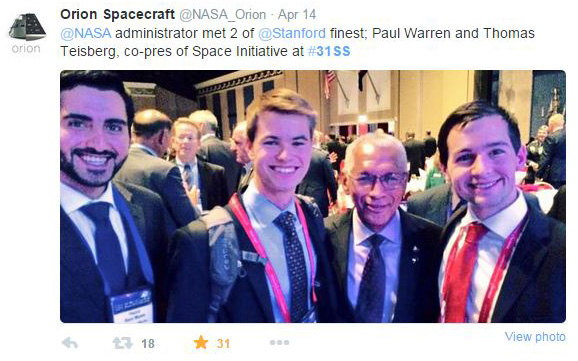