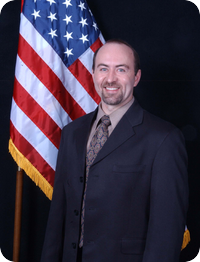 Dr. Peter Wegner, director of the Operationally Responsive Space (ORS) Office, Kirtland Air Force Base, N.M., addressed an audience of 62 government and industry leaders and Congressional members and their staffs at a Space Power Lecture Breakfast July 28 in Washington, D.C. The breakfast was jointly sponsored by the Space Foundation and the National Defense Industrial Association.

After introductory remarks from Congresswoman Jane Harman (D-Calif.) and Senator Jon Kyl (R-Ariz.), Wegner spoke at length about his vision for ORS, which deals with rapidly developing, demonstrating, and fielding space capabilities for warfighters in response to Joint Force Commanders’ requirements. The ORS Office is manned with personnel from across the Department of Defense and Intelligence Community.

Wegner warned that the United States is on the verge of losing assured space capabilities and that ORS Office must help ameliorate looming capability gaps. Wegner explained ORS’ foundational modus operandi as “Modular Open System Architectures” (MOSA), which adapts “plug & play” concepts from the IT world to spacecraft, launch vehicles, and ground systems. He said that the ORS Office is working to become functionally similar to the U2 reconnaissance aircraft program, with a goal of being flexible, innovative, and valuable to the warfighter. As an example, he cited the development of ORS-1, a satellite that uses an off-the-shelf TacSat3 bus (a specific type of tactical satellite design) and a slightly modified U2 intelligence surveillance reconnaissance (ISR) payload.

Finally, Wegner said that the largest hurdles to being truly operationally responsive are related to institutional culture rather than technical issues. He also said the ORS Office could lead to better collaboration with Allied spacefaring nations, in a manner similar to the multinational collaboration on the F-35 fighter jet program.