Viewing 2010 as a Year of Opportunity 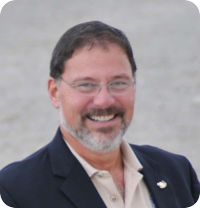 Happy New Year from all of us at the Space Foundation. We hope you’ve enjoyed the 2009 year-end holidays, and are as anxious as we are to explore all the opportunities that 2010 may offer.

One of the enjoyments of the 2009 holiday season was the long-awaited science fiction blockbuster Avatar. I was particularly looking forward to the release of this movie – not just because producer/director James Cameron is the force behind many of the most successful motion pictures of our generation, but also because Cameron is known to have a passionate interest in space exploration. Certainly, I imagined, Avatar would convey a powerful message about the relevance and importance of space activities. As such, the release of the movie might be expected to have a positive impact on public perception of space activities.

I can’t remember the last time I was so completely wrong.

Avatar is fundamentally an epic tale of human amorality. It posits a universe in which humankind is the ultimate exploiter. Having used our technological prowess to ravage our own home planet, we turn to space – not to explore it, but to exploit it for resources. In so doing, we have quite literally opened Pandora’s box.

It is a depressing, pessimistic take on humanity.

The point here is not to be a film critic (although I was one in a past life). The point is to start a conversation about how we view ourselves – as optimists and explorers, or as pessimistic exploiters.

I think it’s an important discussion to have, because our perceptions shape our realities, and public perceptions shape the environment in which we either succeed or fail. If the picture of humanity and technology and space programs painted in Avatar were actually reflected in public opinion, the space community would have one heck of a hole to dig ourselves out of. Fortunately the situation is not that grim. Also fortunately, I think most people who see a movie like Avatar are smart enough to figure out that it is a cautionary tale.

In fact, when it comes to questions of the environment, natural resources, etc., we in the space community are in the enviable position of offering the best solutions to many of these challenges. From environmental monitoring to environmental clean-up, the answers are coming from space. The world’s climate, oceans, and natural resources can best be monitored, managed, and protected from space. The way to understand our place in the universe, and to translate this understanding into solutions on Earth, can be found via the exploration of space.

As we begin 2010, it is clear that we in the space industry face many challenges. From pressure on government budgets, to competing visions for the future of NASA and other space agencies, to a perilously constraining regulatory environment – we all know what the challenges are. It is how we confront those challenges that is at hand. We can view them as explorers or exploiters, with optimism or pessimism.

The View from Here is that 2010 will be a year of opportunities for those who are willing to confront its difficulties.

May you all have a happy, and prosperous, new year.