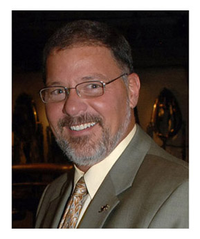 Clearly, what we need is a plan.

In the relatively short time since the FY11 federal budget proposal was submitted to Congress by the White House, the space community worldwide has been buzzing about the aftershocks of both intended and unintended consequences of the administration’s “plan” for NASA. Hearings in Congress, even in committees which ostensibly have nothing to do with NASA, have become feisty and contentious. A political insurgency is brewing in Florida, where thousands are expected to rally against the NASA proposal the day before the 26th National Space Symposium. The www.SaveSpace.us web site already has about 13,000 fans on Facebook. At this writing, a coalition of political leaders from several space states is descending upon Washington, D.C., in an attempt to salvage the wreckage.

What caught my attention, however, was a March 24 hearing on the FY11 Department of Defense Budget Request before the House Appropriations Committee (HAC) Defense Subcommittee. In response to a question from Rep. Steven Rothman (D-NJ) on the effects of the NASA proposal on the U.S. defense industrial base, Secretary of Defense Robert Gates responded, “I’m not quite sure of the NASA’s decision effect on the industrial base.”

Admiral Michael Mullen, USN, chairman of the Joint Chiefs of Staff, added that the space industrial base was an “area of focus we must maintain.” However, like Secretary Gates, he was unaware of any concerns about the effect of NASA’s budget on the industrial base.

Rep. Norman Dicks (D-WA), chairman of the Defense Subcommittee of the powerful HAC, reminded his committee that Gen. Bruce A. Carlson, USAF (Retired), director of the National Reconnaissance Office, had voiced concern to the committee about the effect of NASA decisions on the national security industrial base. Chairman Dicks admonished Secretary Gates and Admiral Mullen, saying: “I think this is something you both ought to look at.” To read AVIATION WEEK’s coverage of the exchange, click here.

One would like to think that there was a plan. That when NASA sneezes, the DoD won’t get sick. That the industrial base that underpins all of our national ways and means in space was of adequate concern to merit at least a little coordination among agencies.

This lack of planning and coordination represents two of the four “urgent concern” conclusions of the November 2002 Final Report of the Commission on the Future of the United States Aerospace Industry:

Although written in 2002, the work of this commission remains one of the best blueprints for constructing a U.S. aerospace policy and implementation plan. If you’ve misplaced your copy of the commission’s Final Report, it is still available. Just click here.

Certainly there have been continuing calls for a national strategic plan for space, including the recent admirable work of a group of industry leaders spearheaded by former Air Force Space & Missiles Systems Center Commander Lt. Gen. Mike Hamel, USAF (Retired). There is always a debate about who would “own” this plan – the Vice President? a new National Space Council? the National Security Council? That is really an implementation issue for which there are a number of workable answers. But the premise articulated in 2002 by this unique commission (independent, bi-partisan, half appointed by Congress and half appointed by the White House) continues to resonate eight years later.

Has the U.S. space industrial base been put in peril? There will be plenty of opinions on that expressed at the 26th National Space Symposium, where all aspects of space – civil, commercial, national security, intelligence, entrepreneurial, international, etc. – will be put under a microscope by the most distinguished group of speakers and panelists ever assembled by the Space Foundation. I can’t wait to hear what these wise and august leaders have to say.

From all the concerns that I have heard expressed, from legendary former astronauts to international partners to the most senior military leaders and industry titans, the answer is yes: not only is the U.S. space industrial base at risk, but so is U.S. space leadership in the world.

The U.S. cannot afford to outsource space leadership. Whether sudden change erupts at NASA, the DoD, the NRO, NOAA, in the commercial marketplace, or overseas – disruption across the entire space enterprise needs to be planned for and managed. We need to keep in mind that even positive change (Godspeed Falcon 9!) can be disruptive, and have our act together to ensure we leverage it.

An inventory (Space Posture Review) is under way. We need to not confuse an inventory and a plan. The View from Here is that the United States needs a comprehensive strategic plan for space and needs to clear lanes in the road to ensure that plan is carried out. We need Plan ’10 from Outer Space.

I look forward to a healthy debate on these and other issues, at the 26th National Space Symposium. I hope to see you there!