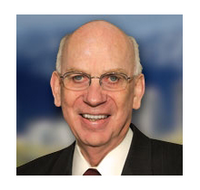 On May 12, the Senate Appropriations Defense Subcommittee held a hearing on the proposed FY 2011 Air Force budget. Sen. Robert Bennett (R-UT) continued to fight against President Barack Obama’s proposed plan to cancel the development of the Ares rocket. Sen. Bennett charged the Obama administration with failing to adequately engage the Department of Defense (DoD) on the impact that canceling the Ares rocket would have on the solid rocket motor industrial base; the DoD relies on the solid rocket motor industrial base to produce motors for its minutemen III and Trident V missiles.

Secretary of the Air Force Mike Donley said the Air Force, National Reconnaissance Office, and NASA are working together to address the possible negative impacts to the launch vehicle industrial base.

On May 13, Bennett  and Sen. Richard Shelby (R-AL) successfully included an amendment to the FY 2010 Emergency Supplemental Appropriations bill, H.R. 4899, which prevents NASA from terminating any Constellation contracts. The provision states: