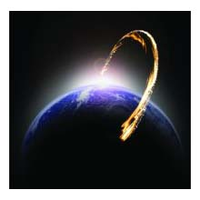 The original concert was held at the Pikes Peak Center for the Performing Arts on Oct. 17, 2009, and included some of the works presented by the Colorado Springs Philharmonic for the Opening Ceremony of the 25th National Space Symposium in March 2009.

Broadcast host, program annotator, teacher and airwaves personality Michael Campion shared information about the music and the performers on the broadcast, which was in digital high definition radio (digital radio).