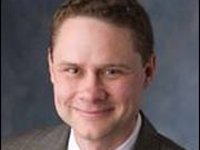 COLORADO SPRINGS, Colo. (Oct. 21, 2010) — Wes Bush, chief executive officer and president of Northrop Grumman Corporation, will provide a space industry perspective as a featured speaker at the Space Foundation’s 27th National Space Symposium. He joins a slate of speakers that includes leaders from military, intelligence, civil, commercial and academic space organizations from around the world.

The 27th National Space Symposium, being held April 11-14, 2011, at The Broadmoor Hotel in Colorado Springs, Colo., is the premier gathering of the global space community. Bush will serve as the primary spokesperson for industry viewpoints and issues.

About Bush
Bush assumed the role of Northrop Grumman’s chief executive officer and president in January 2010. He was elected to the company’s Board of Directors in 2009 and also serves on the company’s corporate policy council. Bush most recently served as the president and chief operating officer of the company.

Previously he was the corporate vice president and chief financial officer, and, before that, was the president of the company’s Space Technology sector. Prior to the acquisition of TRW by Northrop Grumman, he had served since 2001 as president and chief executive officer for TRW’s UK-based global Aeronautical Systems. Bush joined TRW in 1987 as a systems engineer and served in engineering, program management and business development roles in TRW’s Space & Electronics business. Beginning in 1999, he was vice president and general manager of the TRW telecommunication programs division.

From 2000 to 2001, Bush served as vice president and general manager of TRW Ventures, an organization focused on leveraging TRW’s advanced technologies to create new business opportunities in commercial markets. Prior to joining TRW, he held engineering positions with both The Aerospace Corporation and Comsat Labs.

Bush earned a bachelor’s degree and a master’s degree in electrical engineering from the Massachusetts Institute of Technology.

About the 27th National Space Symposium
The 27th National Space Symposium will bring together all sectors of space to highlight accomplishments and address opportunities and issues facing the global space community today. The Symposium will offer presentations and panels covering all aspects of space, plus special events, presentation of several prestigious space-related awards and the Boeing Exhibit Center, which is expanding to occupy three halls.

The Symposium’s top allure to attendees, exhibitors, sponsors and speakers – of which there were nearly 9,000 in 2010 – is as a venue for networking and conducting meaningful business. Online registration and more information, including agenda, speakers and exhibitors, are available at www.NationalSpaceSymposium.org.
.
The 27th National Space Symposium will feature Cyber 1.1, which covers the emerging field of cyberspace, and an expanded New Generation Space Leaders programs for young, up-and-coming space professionals, age 35 and younger.

27th National Space Symposium Website
The event website, which can be found at www.NationalSpaceSymposium.org, provides information on the agenda, speakers, the Boeing Exhibit Center, registration, accommodations and awards. It also provides comprehensive information for media wishing to attend and cover the event, and it features photos and videos from the 26th National Space Symposium.