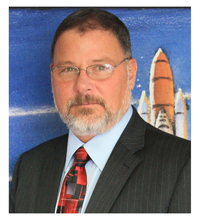 On Nov. 10, Erskine Bowles and Alan Simpson, the co-chairmen of President Barack Obama’s deficit reduction commission, released a plan to cut $3.8 trillion from the budget by limiting spending and overhauling the tax code.

But, as important as it is to reduce the federal deficit, the journey is every bit as important as the destination. Simply taking a chainsaw to the federal budget will, of course, get you there – but at what strategic cost? It seems to me that this challenge requires rather more delicate surgery, and the surgeons need to take extraordinary care to differentiate between malignant and benign tissue – or, more appropriately, perhaps, to distinguish between expense and investment.

Since World War II, our nation’s economic and academic engine was our investment in science and technology – through National Science Foundation grants, university research partnerships, the national laboratories and agencies such as NASA and the Department of Defense. These investments gave birth to U.S. technology superiority, rampant innovation, industrial modernization and the ability to inspire young people to pursue careers in science, technology, engineering and mathematics. However, over the past decade, these investments have atrophied . . . allowing the rest of the world to catch up.

In a television interview with Charlie Rose, MIT President Dr. Susan Hockfield opined: “We’re not doing what we need to do to take our place in the (global) competition. I worry about the spectacular (science and technology) enterprise we’ve built, and not feeding it so it can continue to grow. If you look at college graduation rates, in 1995 the United States was second (in the world). And now we’re fifteenth.”

As an internationalist, I have no problem with the concept of the rest of the world catching up. Bully for them, as Teddy Roosevelt might say. Bully! As an American, however, I do have a problem with our elected officials over-sanguinely blithering along as though unaware there is a race afoot.

When viewed strategically, the draconian hatchet work of Bowles-Simpson is not just “penny wise, pound foolish.” By targeting DoD, NASA and other high-tech investments, Bowles-Simpson would, if left unchecked, undermine one fundamental basis for recovery by shutting off the fuel of our economic engine – R&D, technology, innovation, education.

(I will stick to my knitting and leave to others the analysis of tax increase recommendations ranging from such incontrovertibly popular dictums as elimination of the mortgage tax deduction to increasing the retirement age.)

Bowles-Simpson dubiously recommends that NASA funding for commercial spaceflight be terminated, reducing the federal deficit by a staggering one one-hundredth of one percent by forgoing the jobs, technologies, public interest and commercial and foreign sales opportunities being created by the COTS program. And while not publicly part of the deficit reduction plan, the administration’s Office of Management and Budget is simultaneously crying wolf over imagined “someday” launch cost overruns on medium-sized satellite programs that are, in fact, performing to budget and schedule. Methinks OMB doth protest too much, sowing seeds for further aggressive action against our civil space capabilities.

Adding insult to injury, federal spending for education is to begin tailing off next year, with state and local school departments and districts unable to take up the slack. “It’s going to be the most difficult year we’ve had in probably 30 years,” says Michael Griffith, a senior policy analyst with the Education Commission of the States in Denver.

The fundamental problem, of course, is that this entitlement-oriented administration’s deficit reduction plan looks primarily at discretionary spending, while it is the former, rather than the latter, that is accelerating out of control. I’m not sure when U.S. leadership in space, science, technology, innovation, education and national security became “discretionary.” What I can say with some confidence is that our national investment in these, the essential underpinnings of our prosperity and quality of life, has stagnated in real dollars and purchasing power, choking off the engines of innovation that drive our economy.

Nor does it help to terminate DoD programs that employ tens of thousands of Americans while creating much-needed foreign sales opportunities for U.S. companies (whilst simultaneously sharpening our technology edge).

And nor is further dumbing down our education system particularly advantageous.

The View from Here is that the Bowles-Simpson deficit reductions are penny wise, pound foolish. What we need instead is a thoughtful, efficacious American Reinvestment and Recovery plan – one that eschews bridges to nowhere and home town pork in favor of creating the talent and technology for a new age.