Space Foundation Special Advisor – Human Spaceflight Dr. Leroy Chiao recently spoke to students at Barnard Elementary in Troy, Mich., about his experiences as a NASA astronaut. Principal Mary Haezebrouck wrote in a note of thanks to Chiao, “In my 35 years as an educator I have never attended an assembly that was the quality of the assembly you presented to our students. Not only did you share information, but you showed exciting footage that gave us all so much more insight in to what living in space entails.” 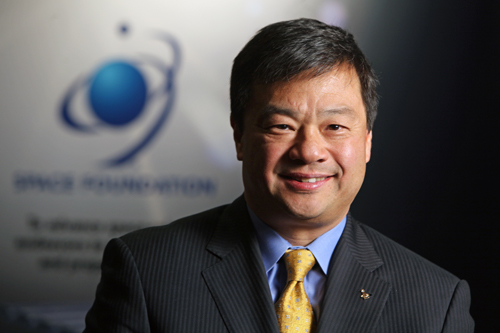 Chiao flew on three Space Shuttle flights, a Russian Soyuz flight and was the commander of International Space Station (ISS) Expedition 10, where he lived onboard the ISS from Oct. 13, 2004, to April 24, 2005.

He joined the Space Foundation in January 2012. See more about Chiao here.