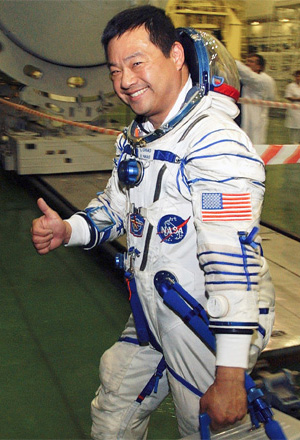 In the interview Chiao commented on the future role of the United States in space exploration:

I think we’ve taken space exploration for granted for some time and that the American public and politicians haven’t woken up to the fact that we’re slipping…It’s my hope that the U.S. still wants to participate and still wants to lead in space. A few years ago I was on the Review of United States Human Space Flight Plans Committee (Augustine Commission) and one of the findings we had was that this international coalition that built and operates the space station is probably the most important thing to come out of this era of space exploration.