Divided By a Common Language 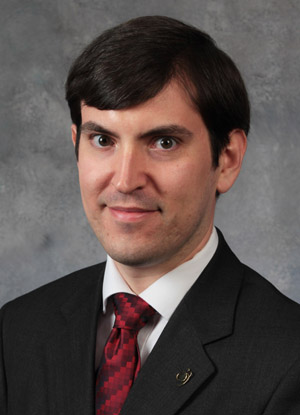 It is often said that Britain and America are two nations divided by a common language. This sentiment also applies to different communities within the space and cyber industries, where linguistic differences pose challenges in the acquisition and integration of new talent. If the words we choose to describe our hopes and fears alienate our potential colleagues, then our rate of progress will likely be much slower.

If I mention the word “Apollo,” you may think of inspiration, adventure, travel high above the Earth, signs of things to come, oracles and marble temples… assuming we are talking about the Greek god. For today’s young space professionals, born a decade or two after the last of the Apollo landings on the Moon, the space program of the 1960s and 1970s might as well be ancient history. When the Apollo program comes up in conversation among this younger audience, I often observe a sense of wistfulness and loss because they did not get to see those milestones in human history. Mixed with this is an undertone of resentment that humans have ventured no deeper into space during the many years that followed and that the institutions and political leadership of the nation have been satisfied to let this happen. It is less a question of “where is this generation’s Apollo,” and more “why have we not moved beyond Apollo?”

This perception makes calls for an Apollo-like program or a new Space Race seem out of touch with the hopes and ambitions of younger workers. They want to do something better, more sustainable and longer-lasting. Presumably these are also the goals of NASA and the industry as a whole, so perhaps we should stop looking backward to the glory days and focus more firmly on the future. As astrophysicist Neil DeGrasse Tyson puts it, in other industries people look at old technology and call it quaint and feel no need to cling to it, whereas the space industry marvels at the Saturn V as an unsurpassed technological wonder. While the Apollo tactic may be useful in conversations with political leaders who also remember those days (although this approach has failed to produce the desired Apollo-like surge in funding), it does not help to spur the interest of the generation that will soon shoulder much of the responsibility for our activities in space.

A slightly different issue arises in the cyber domain related to the word “hacker.” In common usage the term means someone who breaks into computer systems and steals information or otherwise causes digital havoc. In the technology community, a hacker is simply someone with programming skills and perhaps an interest in modifying electronic systems to perform tasks in ways that the manufacturers did not intend, which may include hacking for illicit purposes. This terminology extends into the physical world, as people who create new or modified gadgets and devices (usually with an electronic component) are sometimes called “hardware hackers.”

The simple truth is that the cyber industry and the space industry both need more hackers. These are the people who innovate, who are unafraid to try new ideas, who see a hardware or software deficiency and try to find the most expedient way to solve it. Technology companies such as Apple, Google, Facebook and Microsoft have unashamedly hired or otherwise rewarded hackers who share their expertise to make products better. However, even these industry leaders have difficulty in retaining that talent, partly due to a work environment that can seem excessively slow to someone who is used to working at a rapid pace.

Fortunately, the hacker mindset goes beyond hardware and software to encompass organizations and processes. A hacker is constantly looking for a better way to accomplish a particular goal and is willing to challenge precedents as needed. While there are many valuable lessons to be learned from the way the space industry was organized for Apollo and the Space Shuttle, it is time to figure out how to position ourselves for success in the future. Organizations of all sizes, whether long-established or new to the space business, can benefit from encouraging their employees either to do some hacking or to accommodate the efforts of any budding hackers they supervise.

Expectations of flexibility and independence are characteristic of the Millennial generation, according to a 2012 research review by the U.S. Chamber of Commerce. Defined as the generation born from 1980 to 1999, the Millennial generation is optimistic, technically savvy and entrepreneurial in its outlook. When they sign on with existing companies, Millennials are looking for interesting and challenging work, opportunities for personal development and managers who are willing to be mentors or coaches. They do not typically do well with ambiguity, slow processes or the rigid hierarchies often found in government and large companies.

The energy and enthusiasm of the new generation of space professionals present an incredible opportunity to those companies who figure out how to harness it. If we can look past Apollo and present young workers with a credible vision of the future, they will pour their creativity and ingenuity into it. If we can embrace the hacker culture and its ability to find unconventional solutions, then even in an environment of limited budgets and political ambiguity it should be possible to build better cyber systems and venture ever deeper into space.

The Space Foundation believes strongly in the value of investing in young professionals, which is why we have a New Generation program that supports, trains, and prepares space professionals age 35 and younger. A series of New Generation events at our annual Space Symposium provides access to top space leaders and the insights they can share. The first in a series of online training sessions is scheduled for June 28 and, as of the time of writing, pre-registration is nearly at maximum capacity. This generation’s desire for knowledge and new skills is readily apparent and the Space Foundation intends to support it whenever possible. We encourage you to join us in our efforts to cultivate the next generation of leaders for the space community as a whole.

See details here about the June 28 New Generation Webinar: Managing a World of Complexity: The Need for Simplicity and Elegance.

Walter-Range oversees development of Space Foundation research products, including The Space Report: The Authoritative Guide to Global Space Activity, and has authored papers on topics such as export controls and the role of space technology in aviation. He was graduated from Swarthmore College, Pa., with a Bachelor of Arts degree in astronomy and political science, and he earned a master’s degree in international science and technology policy, with a concentration in space policy, from George Washington University, Washington, D.C.