According to the award citation, Zimkas “…distinguished himself through a lifetime of outstanding accomplishment both in the military supporting the Air Force space mission and in industry by laying the foundation and advancing the Space Foundation’s commitment to international space development.” 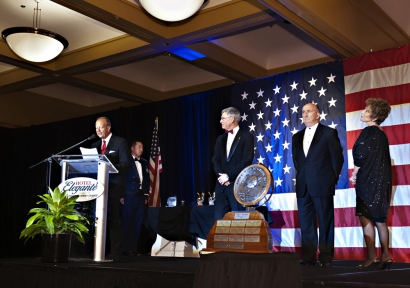 About Zimkas
Formerly president of the Space Foundation, Zimkas retired in July after 27 years with the organization. In recognition of the long-time service and volunteer contributions of both Zimkas and his wife Ursula, the Space Foundation established the Chuck and Ursula Zimkas Space Library at its world headquarters in Colorado Springs. The opening of the library will be announced soon.