On July 11, the Space Foundation held a briefing in Washington, D.C., for Congressional staffers about recently declassified National Reconnaissance Office (NRO) programs which resulted in technologies and techniques being developed that were able to be applied and utilized in America’s civilian space efforts. 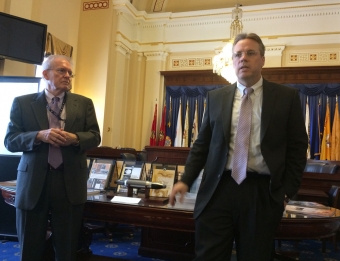