In December, the Board of Directors of the Space Foundation unanimously selected Jean-Jacques Dordain, Director General of the European Space Agency (ESA), as the 2015 recipient of its highest honor — the General James E. Hill Lifetime Space Achievement Award. 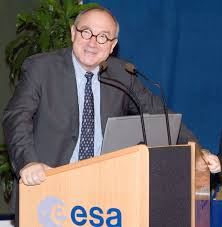 “Jean-Jacques Dordain’s long, distinguished and globally recognized service in the space sector make him an outstanding selection as the 2015 winner of the Space Foundation’s highest award,” said Space Foundation Chief Executive Officer Elliot Pulham. “Through his leadership, ESA has achieved remarkable success with programs like Gaia, Rosetta, ATV, the International Space Station and many others. This work has helped to improve global cooperation in space, and since 2003, ESA has added five European Member States and six European Cooperating States.”

The 2015 General James E. Hill Lifetime Space Achievement Award will be presented to Dordain at a special industry luncheon on April 15, 2015, during the Space Foundation’s 31st Space Symposium, to be held April 13-16, at The Broadmoor in Colorado Springs, Colo., USA.

Dordain is expected to retire from ESA on June 30, 2015, and his participation at the 31st Space Symposium is expected to be one of his last official appearances.

About Dordain
Dordain has been ESA’s Director General since July 2003 and was reappointed twice to the position by the ESA Council. When he joined ESA in 1986, he was appointed Head of the newly set-up Department for the Promotion and Utilisation of the International Space Station. In 1993, he became Associate Director for Strategy Planning and International Policy. In 1999, he took the position of Director of Strategy and Technical Assessment, and in 2001, he became Director of Launchers.

Dordain graduated in engineering from the Ecole Centrale de Paris in 1969, and began his scientific career in 1970 in the field of propulsion and rocket boosters at the French National Office for Aerospace Studies and Research (ONERA). From 1976 to 1983, he was the Coordinator of Space Activities at ONERA until he was appointed Director of Fundamental Physics. During this period he was among the first five French astronaut candidates to be selected by CNES for the ESA Spacelab 1 program.

Throughout his career Dordain has taught in several prestigious positions. He was Professor of Fluid Mechanics at the Ecole Centrale de Paris, 1972-78, and Professor of Rocket Propulsion at the Ecole Nationale Supérieure de l’Aéronautique et de l’Espace (sup’Aero) in Toulouse, 1972-82.

In 1997, he was invited to be the Executive Secretary of the Evaluation Committee of the Japanese space agency NASDA.

About the Award
Named for the Space Foundation’s former, long-time chairman, the General James E. Hill Lifetime Space Achievement Award is one of the global space community’s highest honors. Past recipients have included Buzz Aldrin, Neil Armstrong, Norman Augustine and Dr. Sally Ride, among others.