COLORADO SPRINGS, Colo. (Feb. 25, 2016) – The Space Foundation’s 32nd Space Symposium will culminate on April 14 with ceremonies celebrating the induction into the Space Technology Hall of Fame® of two innovations developed for space that now improve life on Earth.

The induction will be held during the 32nd Space Symposium at The Broadmoor in Colorado Springs, Colo., USA. These three events will honor the inductees:

The Space Foundation’s Space Technology Hall of Fame was established in 1988 to increase public awareness of the benefits that result from space exploration programs and to encourage further innovation. Since then, 75 technologies have been inducted.

About Medtronic LaRC-SI
Like so many prized finds, this discovery was accidental. While at NASA Langley developing materials for high-speed civil transport and lightweight rocket bodies, Dr. Robert Bryant noticed that an experimental polymer that should have turned into a powder instead remained soluble. Others repeated his experiment with the same results.

When Dr. Bryant left the research program there were no known applications for the material, but he continued research and developed what is now known as LaRC-SI: a durable thermoplastic readily fabricated in very thin form. The critical characteristic that lead to medical applications is that it is biologically non-reactive and solvent resistant.

Medtronic became aware of the material and its unique qualities when LaRC-SI was recognized as an ‘R&D 100’ award winner.

Headquartered in Dublin, Ireland, with operational headquarters in Minnesota, Medtronic is a medical device company with a core business segment focused on electrical stimulation to treat irregular heartbeats.

Medtronic was interested in replacing the insulation layer applied to leads carrying electrical impulses directly to the heart. LaRC-SI showed great promise. Convinced of the enormous benefits of this new material, Medtronic spent more than 10 years and tens of millions of dollars to secure FDA approval.

The new insulation revolutionized the treatment of heart irregularities. The thinner, more flexible material allowed surgeons to get electrical impulses into areas previously too difficult to reach. And the more resilient new insulation significantly reduces lead failure over time and the number of high-risk procedures to correct the problem. In short, LaRC-SI use has led to decreased mortality rates and improved quality of life for thousands of people.

Since receiving FDA approval in 2010, more than 660,000 of the new leads have been sold and Medtronic continues research of LaRC-SI use in other medical devices.

About Radar Technologies International WATEX
Dr. Alain Gachet founded Radar Technologies International in 1999 to use satellite generated remote-sensing data to identify probable locations of precious metals. Analyzing satellite data in pursuit of precious metals in the Libyan Desert, Dr. Gachet made a surprising discovery. He identified a significant water leak in the Libyan water pipeline and realized that he could use satellite data to locate water.

2016 Individual Inductees
The following individuals are being inducted into the Space Technology Hall of Fame®.

2016 Organizational Inductees
The following organizations are being inducted into the Space Technology Hall of Fame®.

About The Judges
The distinguished panel of judges who selected the 2016 Space Technology Hall of Fame® inductees comprised: 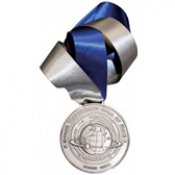 Nominate Technologies for 2017 Space Technology Hall of Fame
The deadline to submit nominations for induction during 2017 will be Aug. 15, 2016. Anyone may submit a nomination of a technology that was developed anywhere in the world for use in space and then modified or adopted for use on Earth. Nomination information, including online and downloadable nomination forms, is available at www.SpaceTechHallofFame.org.

About the Space Foundation
Founded in 1983, the Space Foundation is the foremost advocate for all sectors of space, and is a global, nonprofit leader in space awareness activities, educational programs and major industry events, including the annual Space Symposium, in support of its mission “to advance space-related endeavors to inspire, enable and propel humanity.” Space Foundation World Headquarters in Colorado Springs, Colo., USA, has a public Discovery Center, including El Pomar Space Gallery, Northrop Grumman Science Center featuring Science On a Sphere® and the Lockheed Martin Space Education Center. The Space Foundation has a field office in Houston and conducts government affairs from its Washington, D.C., office. It publishes The Space Report: The Authoritative Guide to Global Space Activity, and through its Space CertificationTM and Space Technology Hall of Fame® programs, the Space Foundation recognizes space-based innovations that have been adapted to improve life on Earth.  Visit www.SpaceFoundation.org, follow us on Facebook, Instagram, LinkedIn, Pinterest, Twitter, Google+, Flickr and YouTube, and read our e-newsletter Space Watch.