On Dec. 5, the Space Foundation hosted a breakfast on Capitol Hill with featured speaker Winston Beauchamp, Deputy Under Secretary of the Air Force for Space, (pictured below). Beauchamp provided an update on Air Force space programs and took questions from congressional staffers and executives from private industry, NASA, the FAA, the Department of Defense and the State Department.

In late November, the first official member of the Trump administration’s landing team at NASA was announced, with six additional landing team members announced on Dec. 9.

The House of Representatives passed a Continuing Resolution on Dec. 8, and adjourned for the holidays following the vote. The bill was passed by the Senate late Friday night, preventing a government shutdown and funding the Federal government through April 28, 2017. 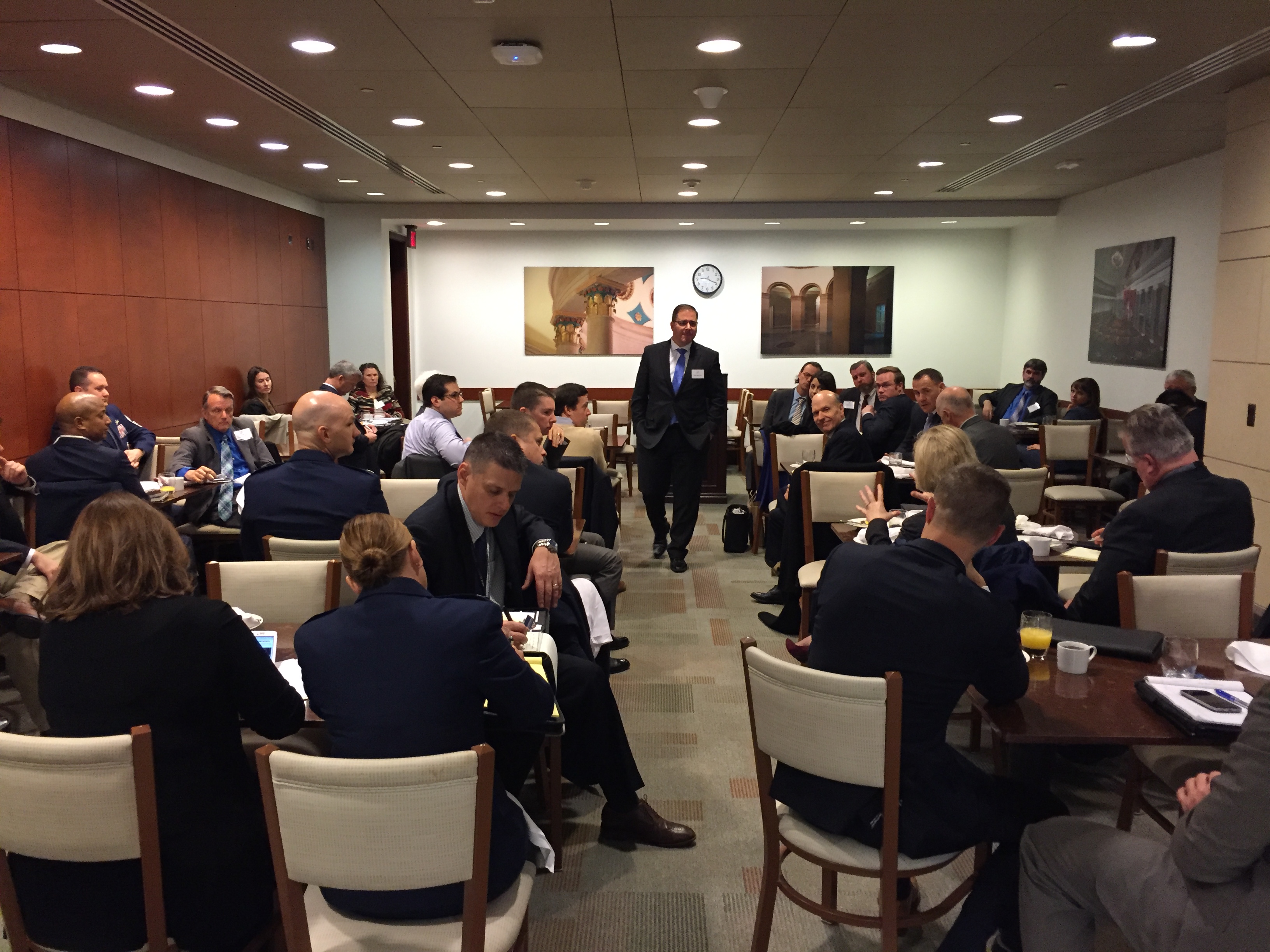 During the last few hours of the Senate’s final session, the chamber passed the NASA Transition Authorization Act of 2016 under unanimous consent. However, with the House having already adjourned, the bill will not become law this year. A very similar bill will likely be introduced early on in the 115th Congress.

The new Congress could see quick resurgence of two other space bills that failed to pass in the waning days of the 114th Congress — one that would authorize the creation of commemorative coins to celebrate the 50th anniversary of the Apollo 11 moon landing, and one that would create a memorial at Arlington National Cemetery in honor of the three astronauts killed in the 1967 Apollo 1 accident.