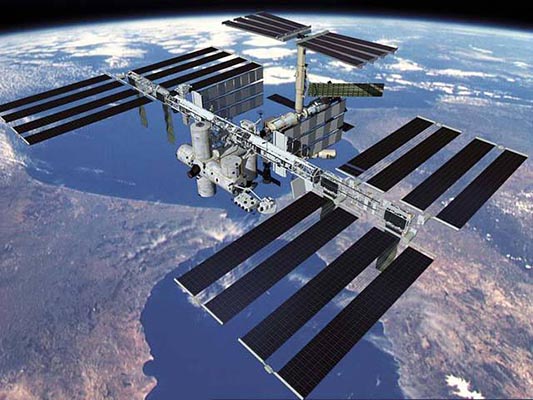 COLORADO SPRINGS, Colo. (Feb. 10, 2020) – The Space Foundation will honor two outstanding achievements in space with this year’s Space Achievement Award. The award is presented each spring during the Space Foundation’s Space Symposium, held at The Broadmoor in Colorado Springs, Colo.

Chang’e 4
The China National Space Administration is being recognized for achieving the first successful soft landing on the “far side” of the Moon, on Jan. 3, 2019, with the successful Chang’e 4 robotic spacecraft mission to the Aitken Basin at the lunar south pole.

Named after the Chinese Moon goddess Chang’e, the mission has been exploring Von Kármán Crater, a 115-mile-wide feature in the Aitken Basin — the site of an ancient collision on the lunar surface where it is hoped that chemical tests of lunar rocks and soils will yield information about the geological composition of the Moon’s interior.

Since the landing, the “Yutu-2” rover and Chang’e lander have utilized an array of radiation instruments, neutron detectors, radio devices, and infrared spectrometers to carry out a wide range of measurements, and then transmit the results back via the mission’s “Queqiao” satellite component.

In May 2019, it was reported that Chang’e 4 achieved its primary objective of identifying what appear to be mantle rocks, and in January 2020, China released a large batch of high-resolution images taken of the area during the mission. Additionally, the rover and lander have held up remarkably well considering the harshly cold atmosphere of the far side of the Moon and they are now both functioning beyond their respective design lifetimes.

International Space Station
Starting in the year 2000, a new human adventure began. With the arrival of the Expedition 1 crew to the International Space Station (ISS), a continual human presence beyond planet Earth began. In the 20 years since, citizens from more than a dozen countries have visited the ISS to live, work, and advance the human adventure, and the exploration of space.

Described as the one of humanity’s greatest engineering achievements, the ISS has been a model for international collaboration and knowledge sharing, as it pioneers and refines breakthroughs that have advanced life and understanding in space, as well as on planet Earth.

In recognition for their shared leadership, initiative, and investment, the Space Foundation presents its 2020 Space Achievement Award to the five space agencies that have led the ISS program since its inception:

Note to Editors:  Media registration to cover the 36th Space Symposium will be limited and by invitation. Please request an invitation at [email protected]