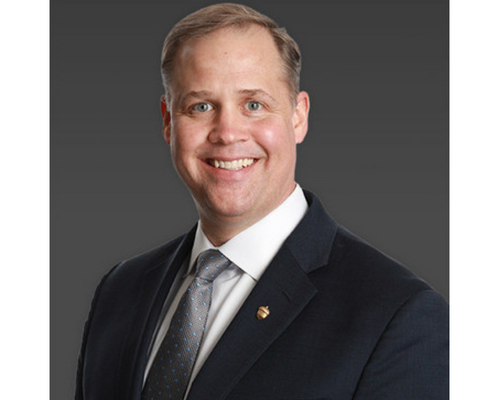 “We’re honored to welcome Jim, a visionary leader in aeronautics and space exploration, to the Firefly Advisory Board,” said Bill Weber, Firefly CEO. “Throughout his leadership of NASA and his career, Jim has demonstrated a clear vision that the future of space exploration in the U.S. lies in effective and efficient collaboration between private enterprise and government. With the recent success of our Alpha FLTA002 mission, and our rapidly approaching mission to the moon with the Blue Ghost Lunar Lander, our team will be fortunate to have the benefit of Jim’s expertise and guidance as Firefly moves to its next stage of growth and innovation.”

During Mr. Bridenstine’s tenure as NASA Administrator from 2018 to 2021, NASA launched its Artemis program and established the Commercial Lunar Payload Services Program to partner with private enterprise in landing rovers on the lunar surface. Among his accomplishments at NASA, he managed the continued commercial resupply of the International Space Station and led agency efforts to partner with U.S. businesses on the Commercial Crew Program, which seeks to launch U.S. rockets from U.S. launch sites. Also during his tenure, NASA’s science portfolio grew to include the Mars Perseverance Rover, an enhanced fleet of Earth-observing satellites, and the finalization of the James Webb Space Telescope.

Prior to his time at NASA, Mr. Bridenstine served in the U.S. House of Representatives, where he was a member of the Armed Services Committee and the Science, Space and Technology Committee. Before being elected to Congress, he served as a pilot in the U.S. Navy. He holds a BA with a triple major from Rice University and an MBA from Cornell University.

“Firefly has an exceptional team that is building an impressive track record of success, and I’m excited to have the opportunity to help guide Firefly during this dynamic phase of its growth and development,” said Mr. Bridenstine, “I look forward to advising Firefly on how they can better position the Company to take advantage of the tremendous opportunities available in today’s fast-evolving space economy.”

This appointment comes on the heels of the Company’s successful orbital launch of its Alpha rocket earlier this month, as well as  a series of recent announcements. This includes Firefly’s selection by the U.S. Space Force’s Space Systems Command (SSC) to provide launch services for SSC’s VICTUS NOX mission, and being chosen by NASA to provide launch services through its Venture Class Acquisition of Dedicated and Rideshare (VADR) missions. Firefly also recently announced a joint partnership with Northrop Grumman Corporation to provide an American-built first-stage upgrade for the Antares rocket and a new medium launch vehicle to serve commercial, civil and national security space launch markets.

Firefly Aerospace is an emerging end-to-end space transportation company focused on developing a family of launch vehicles, in-space vehicles, and services to provide industry-leading affordability, convenience, and reliability to its government and commercial customers. Firefly’s launch vehicles, combined with their in-space vehicles, such as the Space Utility Vehicle (SUV) and Blue Ghost Lunar Lander, provide the space industry with a single source for missions from LEO to the surface of the Moon and beyond.