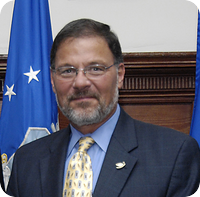 Samuel Beckett’s classic play, Waiting for Godot, “follows two days in the lives of a pair of men who divert themselves while they wait expectantly and unsuccessfully for someone named Godot to arrive,” according to Wikipedia. “They claim him as an acquaintance, but in fact hardly know him, admitting that they would not recognize him were they to see him. To occupy themselves, they eat, sleep, converse, argue, sing, play games, exercise, swap hats, and contemplate suicide – anything ‘to hold the terrible silence at bay’.”

And that pretty much describes the state of play in the space industry – Waiting for Obama.

It has been a year since the election of Barak Obama, campaigning under the banner of “Yes, We Can.” Sadly, for the space industry, it has been a year of “No, We Can’t,” as we continue, like Beckett’s Estragon and Vladimir, to await the arrival of someone whom, based on campaign promises, we only thought we knew.

I will be the first to admit that I was excited and enthused about candidate Obama’s promises to reinvigorate the nation’s space programs; infuse purpose, energy, and funding for NASA; and restore our national investments in high technology. And, in fairness, I must acknowledge that the President has had many other issues to deal with, perhaps even more important issues – although I would argue that nothing is more important to national security and economic security, and nothing is a better investment in economic vitality and national economic stimulus, than the exploration, development, and utilization of space.

Nonetheless the fact remains that, when it comes to space policy and programs, this administration has done nothing remarkable during the first 25 percent of its term. Despite moving quickly to put a transition team in place at NASA, the White House, unable to contend with a few highly opinionated voices in Congress, took months longer than expected to appoint Charlie Bolden as the agency’s administrator.

Prospects for positive action from the administration in the commercial and national security space sectors look no better. Again, the right words were spoken during the campaign, but we’re still “Waiting for Obama” to do something about ITAR reform. The huge number of unfilled political appointments at the Pentagon seems symptomatic of presidential disdain for the national security community – certainly something that does not bode well for military, security, and intelligence space, the essential backbone of U.S. national defense. (As recently as a few weeks ago, some 40 percent of Pentagon political appointments were reportedly unfilled.) White House support for a ban on “space weapons” remains undefined, unexplained, and, thus, disconcerting in the extreme.

Certainly there is a great deal of interest in the report of the “Augustine Commission” on the future of U.S. human space exploration (the Review of U.S. Human Space Flight Plans Committee Report). But, again, there has been no White House response. Further, there are two separate commissions, one chartered by Congress and the other by the White House, conducting U.S. national space posture reviews. It is unlikely that the Augustine Commission findings and recommendations will be acted upon independently of these two reviews – which, predictably, started out with energy and enthusiasm, but have bogged down as the cold realities of political horse trading have entered into the equation.

While we continue to hope for something dramatic and positive to happen, it is more likely that we won’t really understand where this administration is coming from on space issues until we see the president’s budget proposal in early 2010. Just as NASA’s exploration strategy is to “follow the water,” our means of understanding this administration’s attitude toward space is going to be to follow the money. And we all know the old cliché: no bucks, no Buck Rogers.

Waiting for Godot has been famously described as a play which “has achieved a theoretical impossibility – a play in which nothing happens, that yet keeps audiences glued to their seats.”

The View from Here is that Godot provides an apt analogy. We are Waiting for Obama, and doing our best “to hold the terrible silence at bay.”