The View from Here: Hazy with a Chance of Stupid, But the Show Goes On 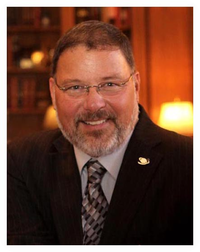 As I write this note, the Space Foundation team is putting in extra long hours both preparing for the 27th National Space Symposium (which, I must say, is shaping up to be spectacular!) and preparing contingency plans for dealing with a potential U.S. government shutdown – and all that that implies for the Symposium. Both jobs are big ones, and juggling both simultaneously is monumental. The kicker here is that the situation of a looming government shutdown is, in itself, inexcusable. The Administration and the Congress, whose number one job is to keep the government running, are still haggling and posturing over a budget for a fiscal year that started six months ago.

I’m pretty sure that if the Space Foundation operated this way, the entire management team would be out on the street selling pencils. And if a Fortune 500 company acted this way, it would have the Congress, the White House, the Federal Trade Commission, the Securities and Exchange Commission and a half dozen other federal agencies performing exploratory brain surgery. This is no way to run a Popsicle stand – much less a government.

This inability to work within a framework that even remotely resembles fiscal responsibility is certainly a root cause of many of our nation’s major malfunctions. To quote comedian Lewis Black: “Seventeen trillion dollars in debt, and we still have a checkbook? Really?”

As I’m sure we will hear at the 27th National Space Symposium, our government’s comfort with living in a financial fantasy land is often responsible for the difficulties that government space programs face. NASA especially, without long-lead or multi-year procurement authority, is subject to having its programs changed, cancelled, underfunded or redirected on an annual basis. And in the current world of life under continuing resolutions, the agency is compelled to deal with the present, while planning for the future, under budget constraints that were set for the past. The comedy, of course, is that, having created the conditions for utter chaos, the Congress then rakes NASA over the coals – as though the administration and Congress have had nothing to do with the situation!

So as we coast blissfully through the halfway point of the current fiscal year, arguing about a budget that is already halfway spent, the View from Here is pretty hazy, with a chance of downright stupid.

But the View from Here is also that the Show Must Go On. We’ve crafted the best National Space Symposium in our history, boasting a record FOUR halls in the Boeing Exhibit Center, record forecast attendance and a program agenda that is off the charts with senior leaders from around the world. We’ve created more networking opportunities and introduced new technologies to map your show, track your agenda, capture data and meet with your customers.

It’s a Symposium with a decidedly youthful flair, featuring an expanded New Generation Space Leaders program, young faces on the program agenda and the most ambitious program of student and teacher programs ever. There is even a program for young people studying Mandarin, featuring a guest speaker from the Chinese space program – just one aspect of having the largest “international” engagement ever.

Incredible award winners, a silent auction, the industry’s biggest tribute to the space shuttle program – it’s all right here, where this fantastic, resilient, innovative industry expects it to be.

Sooner or later the haze over Washington, D.C., will lift. When it does, the entire Space Foundation team, and the incredible conference teams of our 100+ partner organizations, look forward to welcoming you to the 27th National Space Symposium.