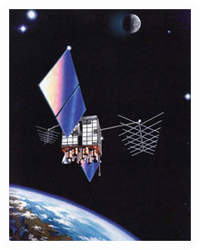 Significant concerns about LightSquared’s proposed open wireless broadband network that would operate near the frequency band used by the Air Force’s Global Positioning System (GPS) were discussed at a House Science, Space and Technology Committee hearing on Sept. 8.

GPS users and manufacturers have voiced concern that LightSquared’s network would harmfully interfere with the GPS signal, a concern that is supported by recent tests. Rep. Ralph Hall (R-TX), chairman of the committee, said the president’s goal of increasing the United States’ broadband access was commendable, but noted “it should not be accomplished by destroying existing [GPS] systems and applications.” Rep. Eddie Bernice Johnson (D-TX), ranking member of the committee, said she hoped there was a technical solution that would allow LightSquared to work in concert with GPS, because “the U.S. needs more broadband and the jobs it will create.”

The House Armed Services Subcommittee on Strategic Forces held a hearing on Sept. 15 entitled “Sustaining GPS for National Security.” Rep. Michael Turner (R-OH), chairman of the subcommittee, said the “national security consequences of the LightSquared network are significant,” and he “feared the Department of Defense’s training activities in the United States would come to an end” if the “FCC gives LightSquared the final go ahead to build out its network.” Rep. Loretta Sanchez (R-CA), ranking member of the subcommittee, said it was important to “understand what is at stake and consider a way forward that will safeguard national security.”

General Shelton said “based on the test results and analysis to date, the LightSquared network would effectively jam vital GPS receivers, and to the Department of Defense’s knowledge thus far,” there were “no mitigation options that would be effective in eliminating interference to essential GPS services in the United States.” Knapp said the FCC would “not authorize LightSquared to begin commercial service if its operation would cause harmful interference to GPS.” He assured the subcommittee that the “FCC would never take any action that would threaten the safety of United States’ citizens.”