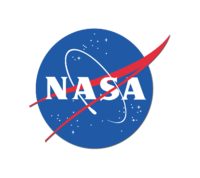 Saying that the U.S. space program “needs leadership with a compelling vision, and the strength of commitment,” or “bright young engineers about to enter [the U.S.] workforce will likely look to disciplines other than aerospace if faced with such a protracted development cycle,” Rep. Ralph Hall (R-TX) spoke at a House Science, Space, and Technology Committee hearing on Sept. 22 entitled “NASA Human Spaceflight Past, Present, and Future: Where Do We Go From Here?” Hall is chairman of the Committee.

Rep. Eddie Bernice Johnson (D-TX), ranking member of the Committee, said she supports “space exploration because it is about the future, not the past,” adding that she believes the United States is “in a new, equally demanding ‘space race’ – a race to inspire young people to acquire the science and engineering skills [they] will need to compete for jobs of the future.”

Armstrong said a “unified sense of purpose is a principal component necessary for success” at NASA, recommending that NASA’s future sense of purpose “must be more detailed than a vision, but not so detailed that it cannot be modified when circumstances dictate.” Cernan said that access to low Earth orbit should be NASA’s “primary objective” for the future, and that “it might well be a generation or more before the U.S. once again exerts its influence in space exploration beyond Earth orbit.”