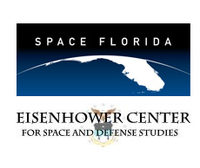 Space Foundation CEO Elliot Pulham delivered the keynote address at a meeting of leaders from key space states in Orlando in December, encouraging the states to work together to promote a strong NASA exploration program and inspire a new generation of explorers while liberating U.S. companies to compete globally.

The conference, organized by the Eisenhower Center for Space and Defense Studies and Space Florida, featured:

Efforts to coalesce policy consensus among the states will continue at the 28th National Space Symposium in April in Colorado Springs.