The View From Here: Welcome to the Year of the Dragon 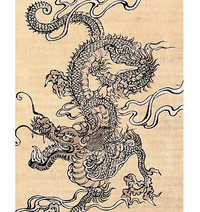 Aloha from Colorado Springs, and welcome to 2012 — which will either be the most auspicious year ever, or the end of life as we know it, depending upon whether you ascribe to the Chinese calendar or the Mayan one. In fairness to the Maya, they never predicted the end times; rather they stopped counting at 2012, perhaps because they foresaw declining ISQs in our times and decided “why bother?” Of course, by now we have survived the Rapture, which was to have taken place twice during 2011. So, how bad can 2012 be, really?

The answer, of course, is up to us. If we dwell on all the things that could make it bad — ITAR, the injured U.S. space industrial base, a clueless and arrogant White House, etc. — we could certainly pity ourselves into a funk of black hole proportions. If we choose, instead, to remain outside the pity pot event horizon and carpe some diem, there’s no telling what a good year 2012 might be.

I’m mindful that our view depends upon our perspective. A lot of our partners in the global space community would likely characterize 2011 as a lousy and forgettable year — and with good reason. But other of our partners managed record results in 2011 and, thus, would have a different perspective. For the Space Foundation itself, 2011 was a banner year — not without its challenges, but a historic year of progress nonetheless. (Starting this month in Space Watch, we’re running excerpts from our soon-to-be-published annual report.)

Certainly, we’re sensitive to the difficulties that many in the space community face. NASA has bet the farm on commercial orbital transportation systems, yet the COTS lynchpin could pop right out of the machine if competing interests both inside and outside the agency divert crucial funding. Key propulsion companies, relied upon by both NASA and the U.S. Air Force, cut people and facilities to the bone in 2011, and any further uncertainty about government procurements could push the United States into a hole that would take decades to crawl out of.

Still, we’re frequently reminded that positive change can come when you least expect it, usually driven by people who believe. This past Nov. 30, delivering keynote remarks at the Space States Summit, I made an impassioned case for the development of a two-stage-to-orbit vehicle as both a disruptive breakthrough in space transportation and a means for driving a new generation of technology and innovation that could inspire, enable and (literally) propel humanity. Less than three weeks later, space enthusiast and serial innovator Paul Allen announced plans to do exactly that, in collaboration with legendary aerospace designer Burt Rutan and maverick space transportation company SpaceX.

Allen and Rutan have been down this path before, with the Microsoft billionaire bankrolling the X-Prize winning Spaceship One effort, which in turn has spun off Sir Richard Branson’s Virgin Galactic suborbital space tourism enterprise. All of which serves to remind us that there is, indeed, a great deal of exciting space stuff going on around the world, and that 2012 is going to be a great year for some, if not all.

Going back to COTS, it’s worth keeping an eye on United Launch Alliance and its partner companies this year, as ULA continues to make great strides in getting the Atlas 5 certified as human-rated for space travel. Three of NASA’s four Commercial Crew Development suppliers are counting on ULA to do the heavy lifting for their commercial crew systems, and, I believe, ULA will not disappoint. Taking a very different approach, 2012 should be the year that SpaceX makes history (yet again) when its Dragon capsule becomes the first commercial vehicle to dock with the International Space Station (ISS). The company plans a demonstration flight and two resupply flights in 2012. Look for SpaceX to also make some big breakthroughs with the human-rated version of Dragon.

Speaking of Dragons, January 23 kicks off the Year of the Dragon on the Chinese calendar. Dragon years are believed to be the most auspicious, according to Chinese tradition, and I believe we’re going to see some auspicious developments in China’s space program in the next 12 months. China carried out an impressive 17 orbital launches in 2011, including both the Tiangong-1 space station/docking testbed and the Shenzhou 8 spacecraft. The impressive automated docking maneuvers following those launches paves the way for the China Manned Space Engineering Organization to conduct its next set of missions in 2012, and I believe that China will leapfrog its own schedule and launch a Taikonaut crew to Taingong-1 — becoming only the third nation to independently establish a crewed space station in orbit.

Not all that’s worth watching in 2012 will involve human space flight. The Mars Exploration Laboratory “Curiosity” is presently hurtling through space, en route to an August rendezvous with the Red Planet. Despite MEL’s picture-perfect launch and flawless trajectory toward our nearest planetary neighbor, we need to remember just how difficult this mission is. While the U.S. has enjoyed great success in recent years with Mars Reconnaissance Orbiter and the Spirit and Opportunity rovers, the recent, failed Phobos/Grunt mission serves as a sobering reminder that missions to Mars are frequently spacecraft killers. And “Curiosity,” of course, is probably most famous as the thing that killed the cat. With its wildly imaginative “Skyhook” landing system, the MEL mission is a bold gambit . . . just the kind of derring-do that we like to see in our space programs. One thing’s for sure: this mission will have us glued to our seats come August.

One group that will not want to be glued to its seats will be the passengers and crew aboard Space Ship Two when Virgin Galactic makes its historic first passenger flight to the edge of space. Although Virgin Galactic has been very careful to measure its progress in test and safety milestones rather than revenue seat miles, there’s ample reason to believe that 2012 could mark the historic commencement of the Age of Personal Space Flight. And, of course, Sir Richard Branson’s jaunty grin will factor in the occasion.

And that’s not all.

2012 will undoubtedly bring us more stunning imagery from the Hubble Space Telescope, and more astounding discoveries of “M-Class” planets from the Kepler Space Telescope. The Pan-Starrs array atop Haleakala will reveal more space debris than we ever imagined in the geostationary belt. Heretofore unknown Near Earth Objects will be discovered.

The U. S. Air Force AEHF-1 satellite will become operational and ULA will launch at least nine spacecraft for the national security space community. ESA will conduct the maiden launch of its Vega launch vehicle.

JAXA will launch its Kounotori 4 spacecraft on an autonomous docking resupply mission to the ISS, while Hayabusa 2 is being prepared for Japan’s second asteroid encounter and sample return mission. The India Space Research Organization (ISRO) will conduct the first test launch of its three-stage GSLV MkIII launch vehicle.

Yes, it’s true that there is so much more that we could and should be doing in space. Election year politics are going to be ugly, and federal space programs are going to suffer because of it. The ITAR dragon will defy efforts to slay it, and U.S. space companies will continue to cry for their freedom to compete in world markets.

But The View from Here is that the Year of the Dragon will be an auspicious one indeed in space. For all of us who love the milieu, the endeavor to advance space activities will be a battle worth joining, and fun to be part of — to inspire, enable and propel humanity.

Let’s give it all we’ve got.