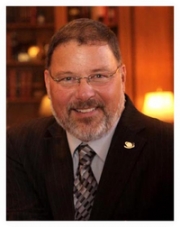 On Saturday, Jan. 19, Space Foundation CEO Elliot Pulham will give a free public lecture entitled Blast Off! Exploring Space with the Space Foundation at the Colorado Springs Pioneers Museum at 2:00 p.m. The museum is located in a restored 1903 courthouse at 215 South Tejon Street.

The Space Foundation is partnering with the Pioneers Museum to support a special traveling exhibit from the Charles M. Schulz Museum called To the Moon: Snoopy Soars with NASA. The exhibition runs through April 20 and examines the history of Apollo 10 and the role characters from Schulz’s popular Peanuts comic strip played in that flight and in the NASA Manned Flight Awareness safety program. The Space Foundation helped open the exhibit on Nov. 17 with a children’s activity booth and drawings for prizes.

The exhibition explores the long relationship between Schulz and NASA, beginning in 1968 with the inception of the Snoopy, the Astronaut program, through the flight of Apollo 10, to the present day as the comic strip character Snoopy continues his important role as NASA’s safety mascot.

Schulz, who authored the Peanuts comic strip from 1950 until he died in 2000, had personal ties to Colorado Springs, where he lived in 1951. The Charles M. Schulz Museum is located in Santa Rosa, Calif.

The Colorado Springs Pioneers Museum is open Tuesday through Saturday, 10 a.m. to 5 p.m. Admission to the museum, lecture and to the exhibit is free, donation suggested.