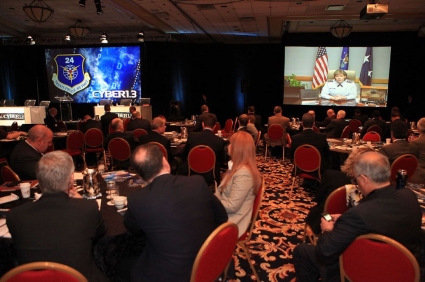 Speaking about the importance of cyber operations, Vautrinot put the magnitude of cyber crime in perspective, saying that the speed of technology evolution can be leveraged for good or for ill.

She characterized the major issue as one of trust, saying that “everything we rely on is about cyber.”

Vautrinot said situational awareness within architecture has allowed us to move to proactive defense in order to defend the mission. She also said that “common ground” in cyber will “make all the difference.” She said that shared technology must be applied against shared risk and that the Air Force is aware that it shares in the responsibility for mission assurance in the cyber domain.