Girls, ages 3-17, had a day of fun and motivation at the Space Foundation Discovery Center in Colorado Springs on July 23 for a Girls’ STEM Day. More than 50 girls and their families attended the event, and a variety of activities were offered to spark their interest in science, technology, engineering and mathematics (STEM) and to help them believe they have the potential to succeed in a career in science. 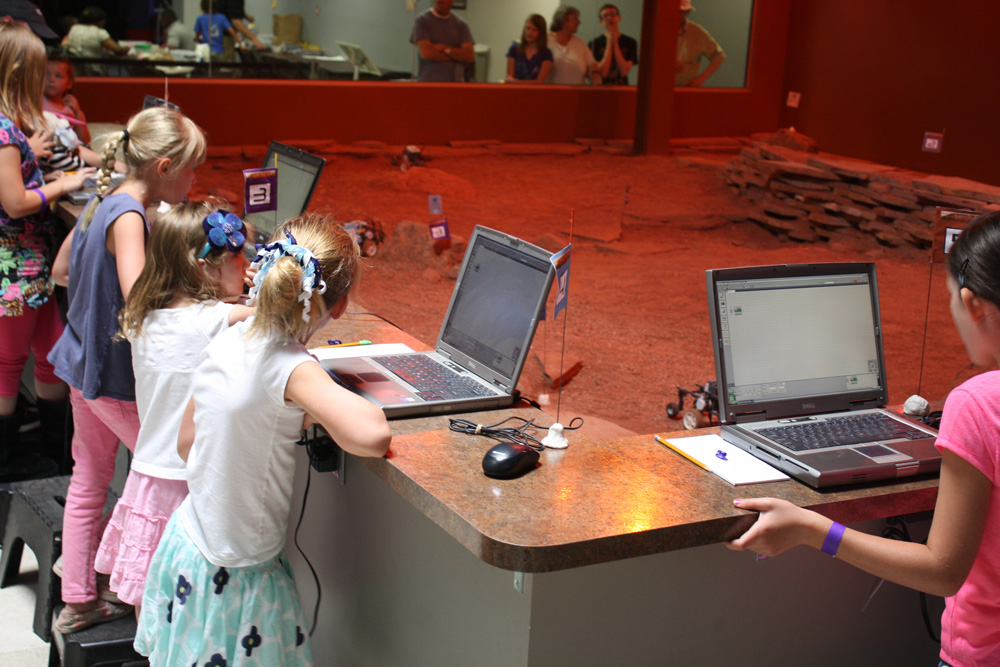 Thanks to a grant from the Joseph Henry Edmondson Foundation, the first 50 girls received free admission. In addition to participating in rocketry-themed activities as part of the Summer of Discovery program, the girls were treated to several exclusive perks:

Although the program focused on exciting girls about STEM, it also encouraged families to reinforce the girls’ interest in STEM subjects. Comments from the girls included, “Great exciting day! I love this place!” to “The rockets are a blast” and “Best day of the summer.” 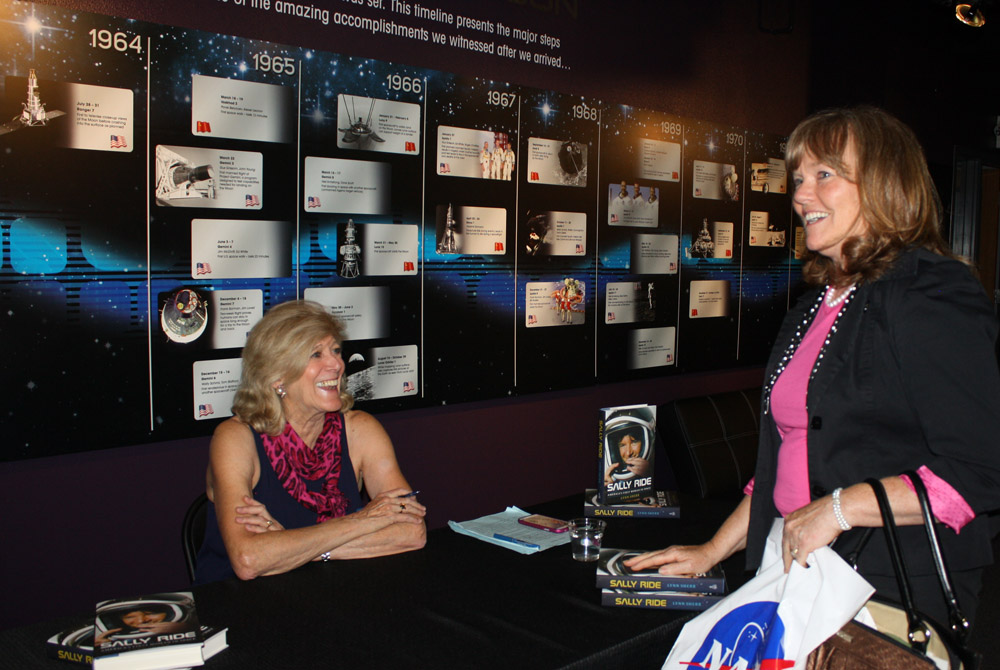 In conjunction with the Girls’ STEM Day, the Space Foundation also hosted “Sally Ride Night.” A memorable evening with more than 50 attendees treated to an insightful and riveting talk by veteran ABC News and 20/20 reporter Lynn Sherr. As a national correspondent for ABC News, Sherr reported on the NASA space shuttle program from its inception in 1981 through the Challenger explosion in 1986, anchoring almost every mission from launch to landing.

The working relationship between Sherr and Ride evolved into a 30-year friendship, part of the inspiration behind Sherr’s book. Sherr says she hopes Ride’s story is an inspiration to all readers, whether they are NASA scientists, enthusiasts who cheered on her first launch in 1983 or students who have never heard about her before.

The evening had an extra sentiment to it as it marked exactly two years — July 23, 2012 — that Sally Ride left Earth for the final time. Sherr says she has been calling Sally’s legacy “Flying Lessons,” because she taught us all how to fly without even needing a rocket. “The stars don’t look bigger,” Sally had said of her view of the cosmos, “but they do look brighter.”

Everyone at Sally Ride Night left knowing our lives were also brighter because of her.